Police have not released any information on the shooting. The Coconino County Sheriff's Office is also involved in the investigation.

FLAGSTAFF, Ariz. - A man who was armed with a screwdriver was shot and killed Wednesday morning in Flagstaff after he charged at a deputy, authorities said.

Flagstaff Police say officers responded to reports of a man breaking a gas station window and stealing items from the store at the intersection of North Highway 89 and North Cummings Street, near the Flagstaff Mall, at about 5:30 a.m. on Sept. 7.

At the same time, the Coconino County Sheriff's Office received a call of a man threatening to stab people with a knife in the same area.

An officer made contact with the suspect, who pulled out a screwdriver and "advanced towards the officer in a threatening manner." The officer pulled out his stun gun and the suspect fled on foot.

The suspect was found by police and deputies but refused to drop the screwdriver and ran across the street. Officers and deputies followed the suspect and surrounded him.

"More verbal commands were given, which the man refused to comply with," police said.

The suspect pulled out the screwdriver again and charged towards a deputy. 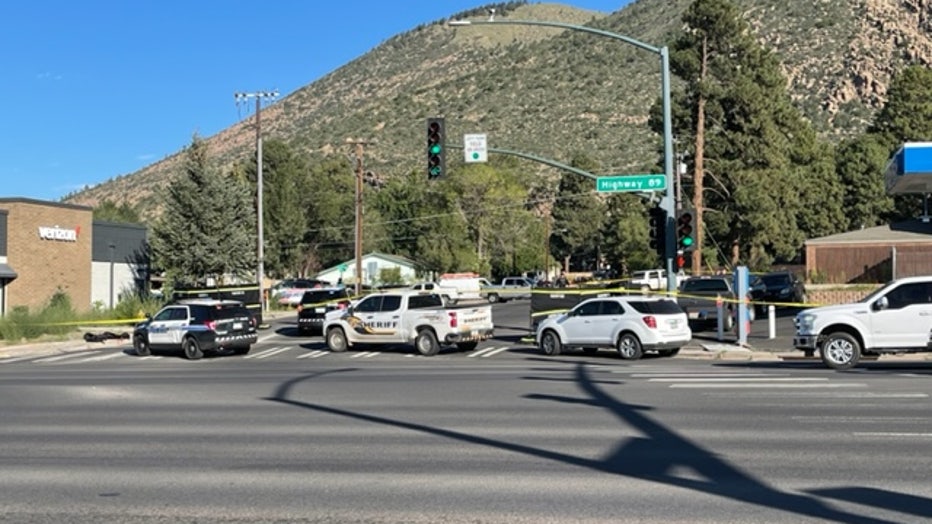 Police and the Coconino County Sheriff's Office were investigating an officer-involved shooting in Flagstaff on Sept. 7. (KAFF News)

"The Deputy ultimately had to resort to deadly force to stop the threat as he was being charged," police said.

A Flagstaff officer also fired his stun gun at the suspect at the same time shots were fired.

The suspect died from his injuries. He is 51-year-old Donald Wayne Henry of Missouri.

The shooting is under investigation by the Northern Arizona Officer Involved Shooting Team.