COLUMBUS, Ohio - An Ohio congresswoman who was pepper-sprayed at a demonstration in Columbus over the weekend said she was “so proud” of all the young people calling for change — but that their actions “must be peaceful.”

Rep. Joyce Beatty, D-Ohio, was in downtown Columbus on Saturday with two local officials at a protest over the police killing of George Floyd when the incident occurred. Videos of the moment have circulated on Twitter.

Columbus City Council President Shannon Hardin later said in a post that he, Beatty and Franklin County Commissioner Kevin Boyce were all sprayed with either “mace or pepper spray.”

“We are all ok, and we want to encourage folks, both police and protesters, to stay calm,” Hardin wrote.

Beatty, 70, later told the Atlantic that she remembers having to use a different water fountain than white people in her Dayton, Ohio community and swimming in a different public pool, but had never been pepper sprayed — despite having participated in many civil rights demonstrations throughout her career.

“It gets into your lungs. You’re coughing profusely. You can’t see,” Beatty told the outlet. 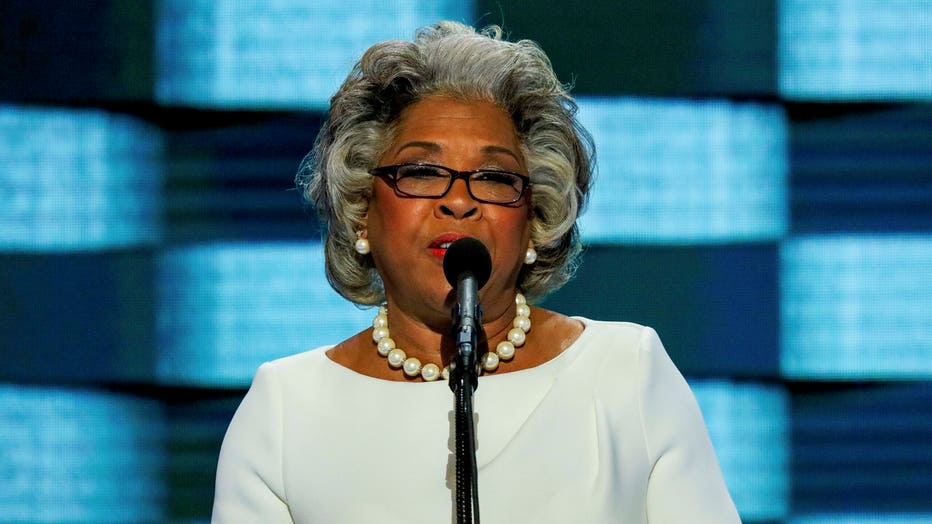 Rep. Joyce Beatty, D-Ohio, speaks from the podium as she addresses the Democratic National Convention at the Wells Fargo Arena in Philadelphia, Pennsylvania on July 28, 2016. (Photo by Mark Reinstein/Corbis via Getty Images)

Beatty said she wanted to join demonstrators to show solidarity with those decrying police brutality.

"It was just something in my heart thinking about George Floyd, thinking about all of the injustices, that I needed to be out there, thinking I was protecting them and it probably was not safe," Beatty said in a video posted by Hardin.

She continued: “But I am so proud of my colleagues. I’m so proud of all the young folks, and we want to continue to protest, but it must be peaceful. And that does not mean that we’re not standing up for justice."

RELATED: Volunteers across the US gather to clean up debris, trash and graffiti after protests

Beatty said while most of the protesting she witnessed was, in fact, peaceful — at times it did move from the curb and into the streets.

“Too much force is not the answer to this,” she said, adding that the “passionate” young people she met were “well organized for 99% of it.”

“They marched, they had incredible signs. We came out to support them and be with them,” Beatty said.

Officials in Franklin County, Ohio’s most populous county which includes Columbus, had formally declared racism as a public health crisis on May 19, just one week prior to Floyd’s death.

Floyd, 46, died May 25 in Minneapolis. Bystander video showed him on the ground in handcuffs with a police officer pressing his knee against his neck for several minutes. Floyd could be heard pleading that he could not breathe before he eventually stopped moving.

RELATED: George Floyd's funeral to be held in Houston on June 9