Among the thousands of letters at the post office, there are some addressed to a very special person -- Santa.

PHOENIX - Among the thousands of letters at the post office, there are some addressed to a very special person -- Santa.

"I look forward to this all year long and for me, it's an amazing thing," Rod Spurgeon said.

Spurgeon with the United States Postal Service explains what happens when someone sends a letter at the address 123 Elf Road, North Pole, 88888.

"If you send a letter to that address, it will go to a contractor in Utah who's going to scan the letter from kids, then put it into our system after removing all personal information -- all [of] that's going to be removed and then we'll put the letter online for you to check out," he said. 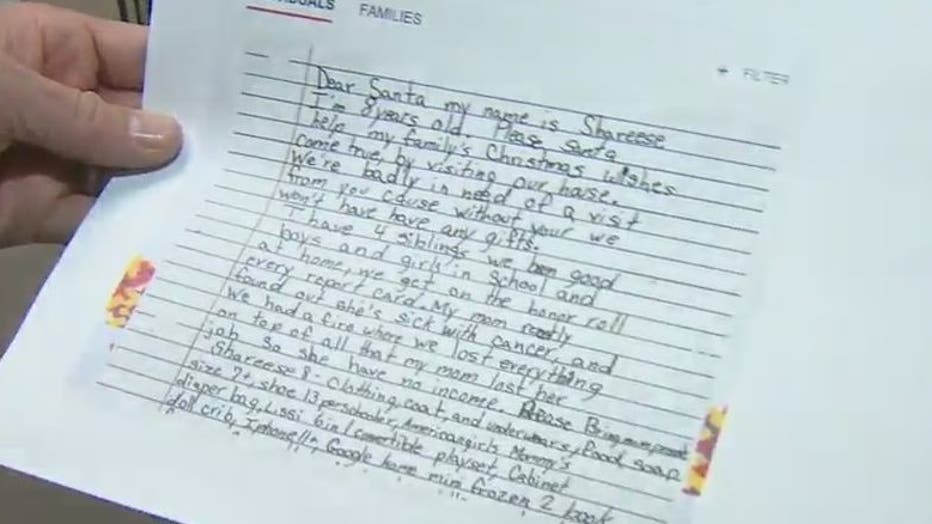 From there, you can go online to see if you'd like to help make a child's wish come true. You can do as much as purchase items off their wish list or just respond back as one of Santa's helpers.

"They can pick one out, check one out and adopt it and then they can print out an adoption packet," Spurgeon said.

USPS says the program is already seeing great success here. In fact, they say within about two hours of a letter being posted, someone has already adopted the family.