A five-day search for a missing macaw parrot in San Tan Valley has finally come to an end. It all ended with the owner himself who needed to be rescued, as he was trying to rescue his bird.

SAN TAN VALLEY, Ariz. - A five-day search for a missing macaw parrot in San Tan Valley has finally come to an end. It all ended with the owner himself who needed to be rescued, as he was trying to rescue his bird.

John Podpora, however, says it was all worth it.

Podpora's five-month-old macaw, Charlie, was missing for five days. Last week, Charlie flew out of the back door when John was going outside to feed other birds.

"I mean, he took off. He was out of sight," said Podpora. "I knew the general area he was in, and I immediately raced in my car and started combing up and down, calling his name."

Podpora spent the next several days along with countless volunteers, following Charlie around as he flew tree to tree. Charlie's flight path spanned 1.5 miles, and Podpora called for him day and night, but he wouldn't come down. On that fifth day, Podpora took matters into his own hands, and decided to climb the tree and get his bird.

Charlie was about six feet from Podpora. With no water, the triple-digit temps began to take a toll on Podpora, who knew he needed help. The Rural Metro Fire Department was called out to help get Podpora down. Little did he know that rescue call would literally save the day.

"The noise from the fire truck -- not the sirens or anything, just the diesel engine, the air brake, things like that, made him nervous enough to make the steps towards me," said Podpora. "I pulled him into me and I just held him here. Had my feet locked like this and there was help there, the firemen were setting up their things."

Podpora and Charlie were brought to safety, and Podpora says what started as a nightmare turned out to be a real-life fairy tale.

"I just pumped my fist, we got that bird," said Podpora.

Podpora says he can't thank enough all of the volunteers and everyone who helped find Charlie. The community even stepped in and started a GoFundMe page to help Podpora with the unexpected vet expenses. 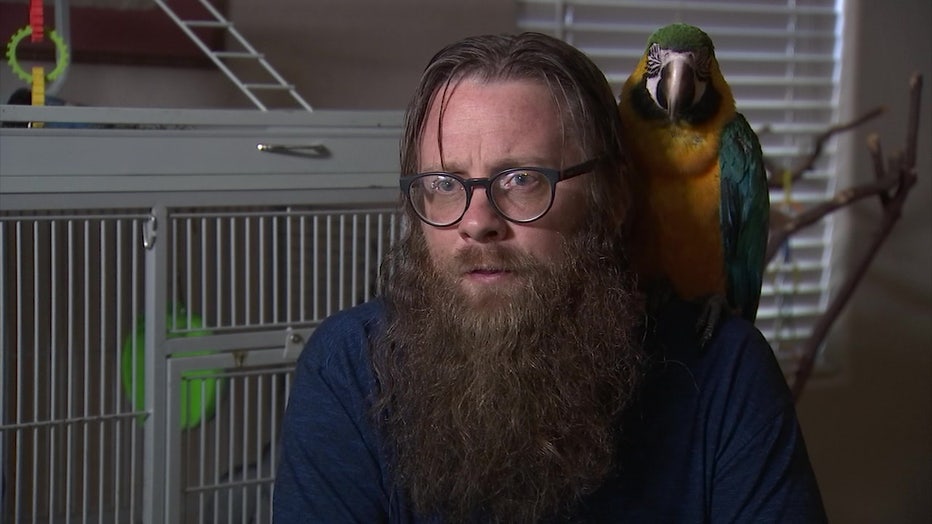