Mesa police say the crash happened at Hawes and Guadalupe.

One person was taken to a hospital, but the extent of their injuries is unknown. 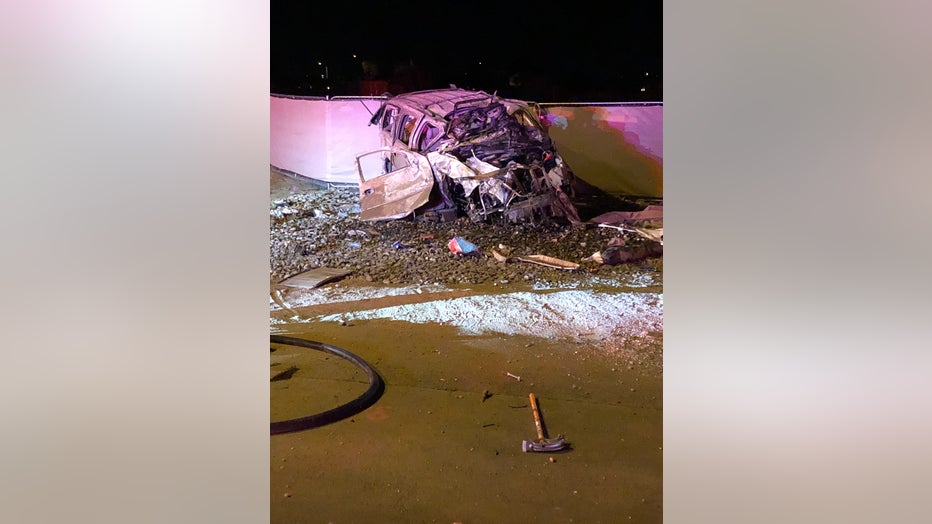 Police say impairment is believed to be a factor in the crash.

The eastbound lanes of Guadalupe will be shut down as crews work to remove a light pole from the road.