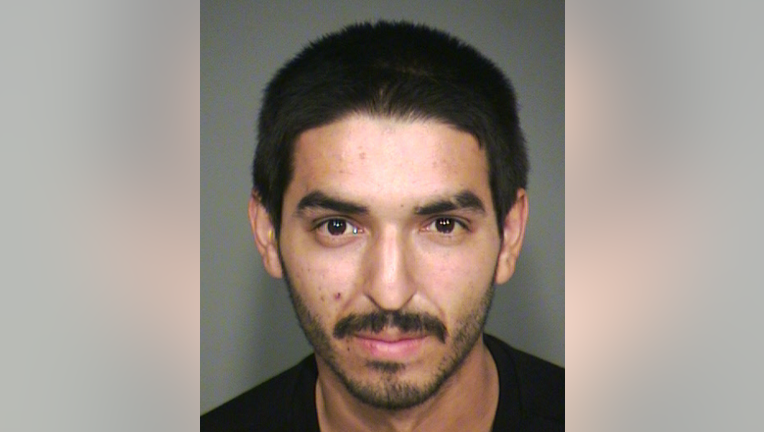 CHANDLER, Ariz. - Police say a suspect has been arrested after an officer was assaulted during a traffic stop in Chandler.

According to Chandler police, the officer was patrolling an Albertson's grocery store near Gilbert and Riggs Roads on Dec. 3 and observed a suspicious vehicle leaving the area and committing a traffic violation.

After pulling the vehicle over just south of the grocery store, the officer made contact with the passengers inside the vehicle and one of them sprayed him in the face with a pepper-spray-like substance.

The officer was temporarily blinded, had difficulty breathing, and had a burning sensation on his face. The officer was treated at the scene by firefighters and is recovering.

Investigators gathered license plate information of the suspect's vehicle, a black, four-door Honda passenger car with paint damage to the front hood, and contacted its owner who said the car was being driven by Frank Zamora.

The officer identified Zamora as the person who assaulted him and Zamora was arrested in Phoenix near Central and Dobbins. Police also say Zamora and the Honda's passenger had committed theft from the grocery store prior to the assault.

Zamora was booked into jail and is accused of multiple charges, including aggravated assault on a police officer, theft, and possession of narcotics.