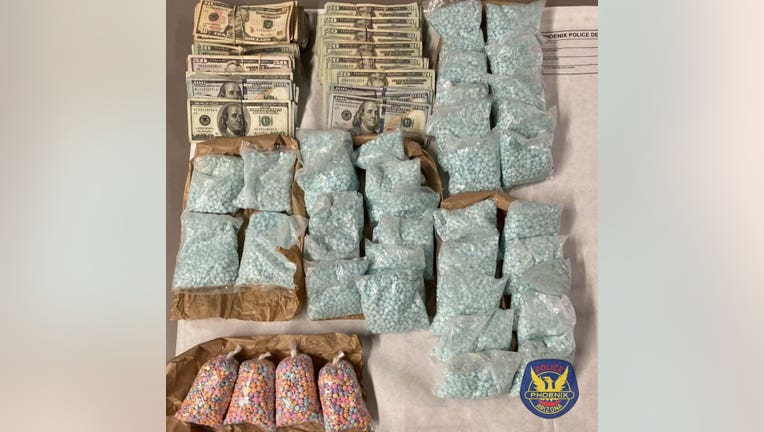 PHOENIX - The Phoenix Police Department announced yet another drug bust that netted thousands of fentanyl pills as well as thousands in cash.

In a Twitter post on Aug. 8, the department said officers pulled over a driver and "developed probable cause that the driver was involved in illegal sales."

The name of the suspect hasn't been released.

Over in Yavapai County recently, thousands of fentanyl pills and meth were seized in two Yavapai County traffic stops over the weekend in a short period of time, the sheriff's office says.

First responders are investigating after two men and a woman were said to have initially been exposed to an unknown chemical in Phoenix on Sunday, sending them to the hospital. Police said soon after the incident is being investigated as an apparent drug overdose.

More than $2 million worth of meth, guns and thousands of dollars were seized in a Phoenix drug bust, the police department says.

ADOT says nearly 200 pounds of cocaine were found inside a truck.