YAVAPAI COUNTY, Ariz. - Thousands of fentanyl pills and meth were seized in two Yavapai County traffic stops over the weekend in a short period of time, the sheriff's office says on Aug. 8.

A K-9 unit, with the help of a narcotics task force, conducted two traffic stops within an hour of each other in Camp Verde.

At the first stop, eight pounds of meth and 10 pounds of fentanyl pills were found, which turned out to be about 40,000 pills. Marco Ceja-Partida, 35, of California, was booked into jail on suspicion of transportation of dangerous and narcotic drugs for sale.

The second stop netted about 15,000 fentanyl pills. The driver, Phoenix man Hector Ramirez-Galvez, 26, was booked into jail on suspicion of transportation of narcotic drugs for sale.

Fentanyl is the single deadliest drug threat the nation has encountered, says the United States Drug Enforcement Administration (DEA), and that's why it launched National Fentanyl Day, raising awareness of how deadly the drug is. 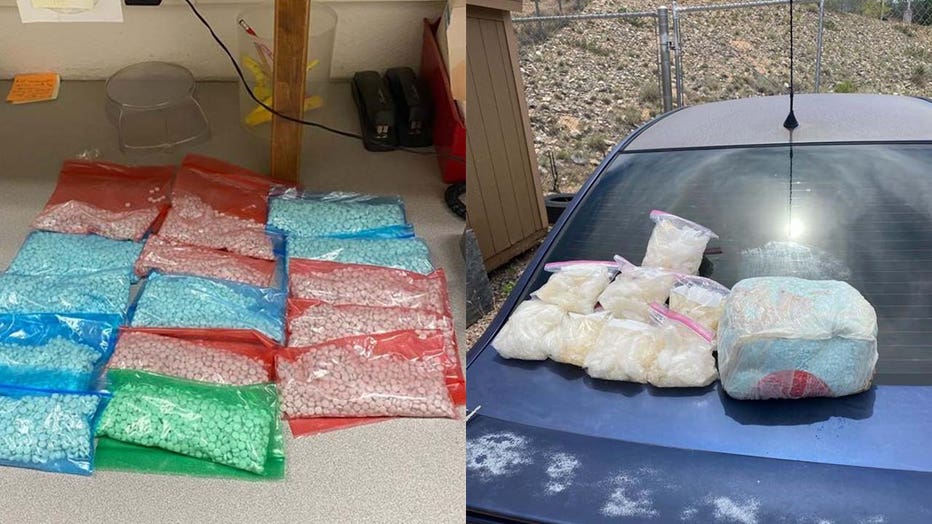