Carlos Encinas is accused of raping a woman inside her home. Encinas has been employed with Phoenix Fire for just over three years. He was booked into jail and is accused of sexual assault.

PHOENIX - A Phoenix firefighter was arrested after police say he raped a woman inside her home.

According to court documents, the victim was out with her friends in downtown Phoenix on March 17 and was too intoxicated to drive home. Carlos Encinas, 25, who knew the victim, offered to drive her home in her truck.

Once at the house, Encinas asked the victim if he could use her bathroom. She obliged and went to bed.

The victim said she eventually woke up and Encinas was assaulting her.

"The victim attempted to push [Encinas] off of her and told him to stop," read a portion of the court documents.

Encinas ignored the victim's demands and continued the assault.

Two days later, the victim and Encinas exchanged text messages, in which Encinas apologized, saying it would never happen again.

Encinas allegedly told police the sexual encounter with the victim was consensual, saying "he did not hear the victim tell him to stop."

Encinas was arrested and booked into jail. He is accused of sexual assault. 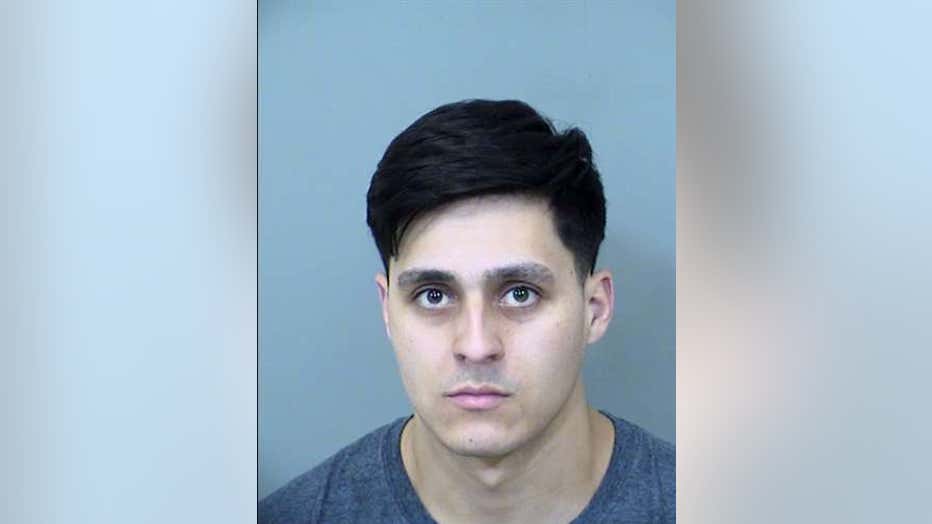