Family members are calling a 15-year-old a hero for his actions during a horrific crash that left him, as well as the driver's boyfriend, seriously hurt. FOX 10's Justin Lum reports.

PHOENIX - A 24-year-old woman is behind bars, after a crash on Sunday that left three people badly injured.

Alondra Cervantes Natividad is accused of aggravated assault and aggravated DUI, after she allegedly crashed the car into a large palm tree near 35th Avenue and Indian School Road.

When first responders arrived, the car was on fire with two people laying outside the car thanks to the help of witnesses. They extinguished the fire to find a total of four people. All were taken to a hospital. A 15-year-old boy and a 23-year-old man have serious injuries, the driver suffered minor injuries and an 18-month-old child was not injured. 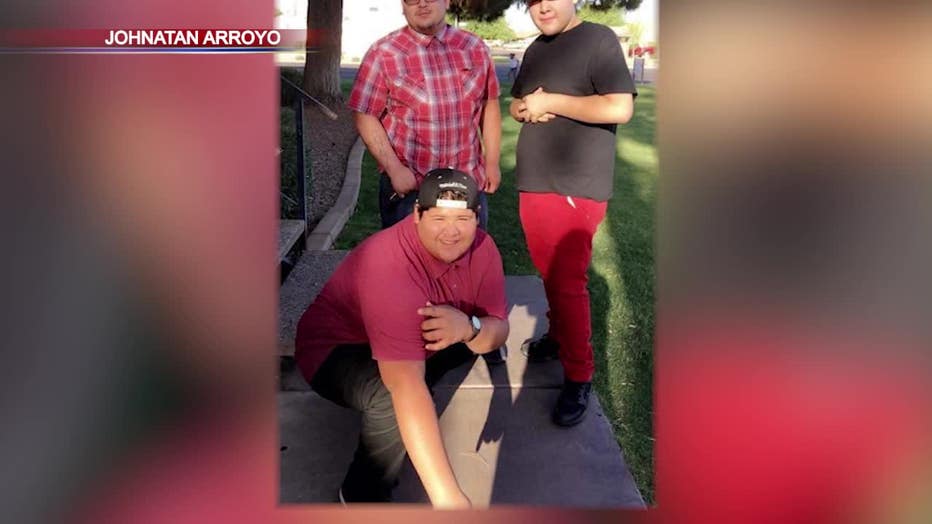 Family members identified the 15-year-old victim as Brian Arroyo, and the 23-year-old as Jesus Esparza-Ortiz, the driver's boyfriend.

Brian underwent surgery Sunday, and is reportedly in a stable condition. Brian's brother, Johnatan Arroyo, said the teen took off his seat belt to shield the 18-month-old.

"Honestly, I consider him a hero for this," said Johnatan. "The doctors had said the impact was really bad. He could have been paralyzed. He got really lucky from it, and so did the baby."

The crash reported injured Brian's neck and back, and he needed surgery on his forehead.

"Peeled his skin off," said Johnatan. "You could see his skull. It's really bad." 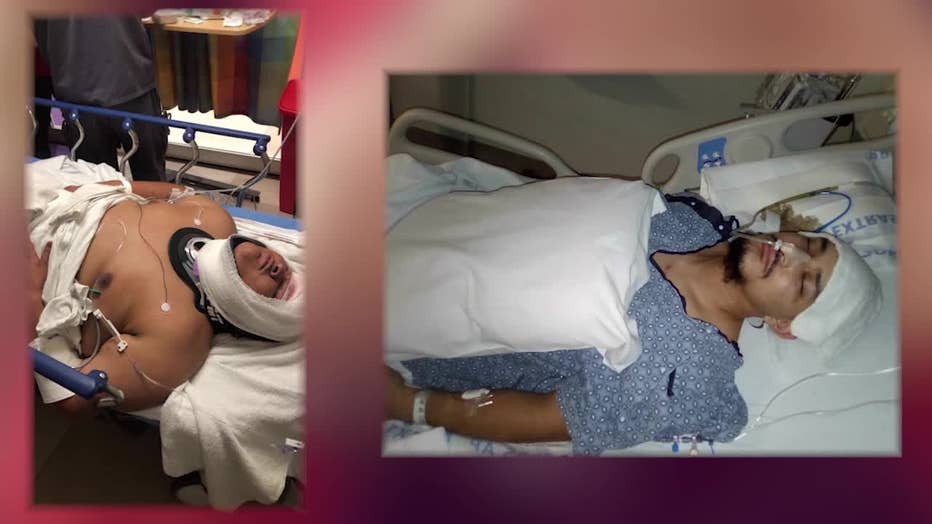 According to Johnatan, the 24-year-old woman was in an argument with Esparza-Ortiz in the moments before the crash. Esparza-Ortiz and the woman had been drinking at a family party before they had a heated argument.

Esparza-Ortiz had reportedly been dating Cervantes Natividad for more than a year. He suffered four fractures in his spine, as well as severe damage to his liver and kidney, and a ruptured colon.

"My mom is extremely mad. She is very upset with the driver," said Johnatan.

"She always wanted to prevent my son from drinking and driving, because she said she lost her children's father in an accident the same way probably in 2018," said Ortensia Ortiz, Esparza-Ortiz's mother.

Meanwhile, Johnatan is proud of what his little brother did to save the baby girl, and he hopes a lesson is learned.