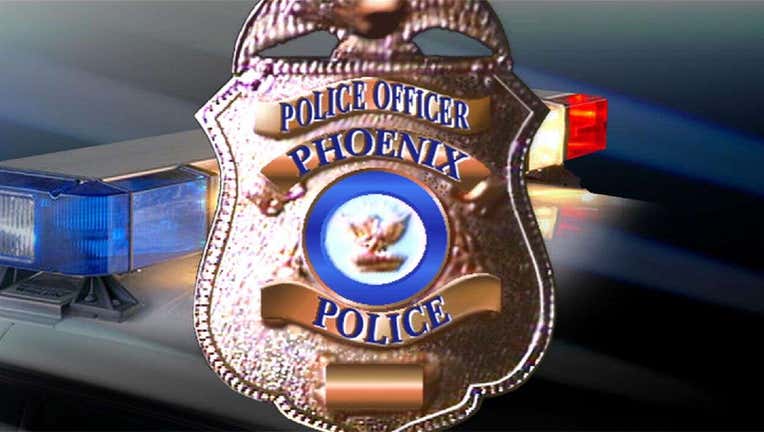 PHOENIX - Phoenix Police officials say a police officer who was accused of threatening Phoenix Mayor Kate Gallego will not face disciplinary action due to retirement.

According to FOX 10's report on the incident in late October 2020, Poulos, who was not identified at the time by police officials, was assigned to home following the incident. Officials with Mayor Gallego's office said at the time that they are aware of "a credible threat made by a member of the Phoenix Police Department to harm the mayor."

At the time the incident was made public, Gallego was running for reelection as Phoenix's mayor, and was up against challengers Tim Seay and Merissa Hamilton.

According to official results from the City of Phoenix, Gallego won the election with nearly 350,000 votes, constituting just over 60% of votes cast.

On Jan. 5, 2021, officials with the Maricopa County Attorney's Office announced that no charges will be filed against Poulos, as they have determined that it cannot be proven beyond a reasonable doubt that the threat made by Poulos constituted a "true threat," as defined by Arizona law and the United States Constitution.

"While the statements are inexcusable, legal precedent prevents a reasonable likelihood of conviction at trial and therefore, we are declining to file criminal charges in this case," read a portion of the statement.

According to a statement released by Phoenix Police officials on Feb. 1, an internal investigation has found that Officer Steven Poulos violated department policy, but prior to a pre-termination meeting that was scheduled with Phoenix Police Chief Jeri Williams and Poulos, Poulos gave department officials his retirement notice.

"Retirement eliminates options for the department to consider disciplinary action," read a portion of the statement.

Phoenix Police officials say findings from the internal investigation, as well as findings from a criminal investigation conducted by the Tempe Police Department, will be provided to the Arizona Peace Officer Standards and Training Board (AZPOST). The board determines whether a person is certified to work as a police officer in Arizona.

Chief Williams has released a statement on Poulos, which reads:

"The statements made by Mr. Poulos during a squad meeting do not reflect the high standards expected of members of Phoenix Police Department. I have thousands of officers doing amazing work on behalf of the people of Phoenix each day. They act with professionalism and respect. When they don’t, they will be held accountable. I expect more and the people of this great city deserve more."