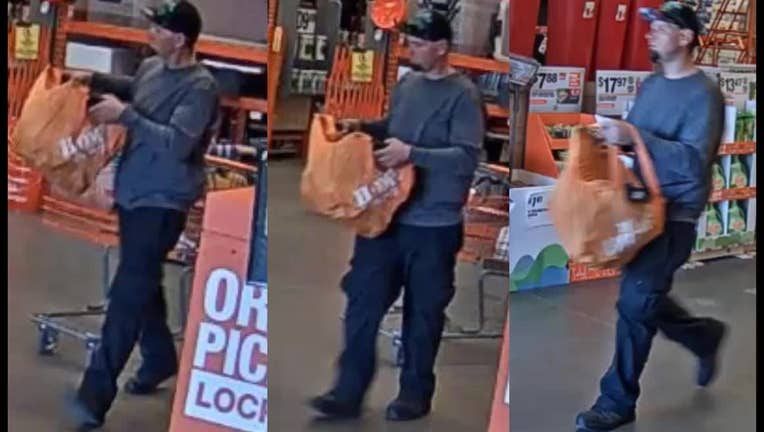 PHOENIX - Phoenix Police officials are asking for the public's help in the search for a man accused of stealing from a home improvement store in January.

According to a statement, the incident happened at around 3:08 p.m. on Monday, January 13. The suspect, identified as a white male, approximately 30 years old, entered a Home Depot near 43rd Avenue and Camelback Road, selected items from a display, and placed them into an orange bag.

Investigators say the man then passed all points of sale and began to leave the store. A member of the store's Loss Prevention team approached the suspect about the stolen items, but the man displayed a knife, and then fled on foot, heading west.