PEORIA, Ariz. - Officials with the Peoria Police Department say they are investigating an incident where a vehicle was stolen.

In a brief tweet that was made in Aug. 3, police asked members of the public to help in identifying the vehicle stolen, as well as the individuals allegedly involved.

The theft, according to a timestamp featured in a surveillance video tweeted out by police, happened during the early morning hours of July 29. In the video, a vehicle that appears to be a white GMC truck being towed from a driveway. Police did not say where the theft happened. 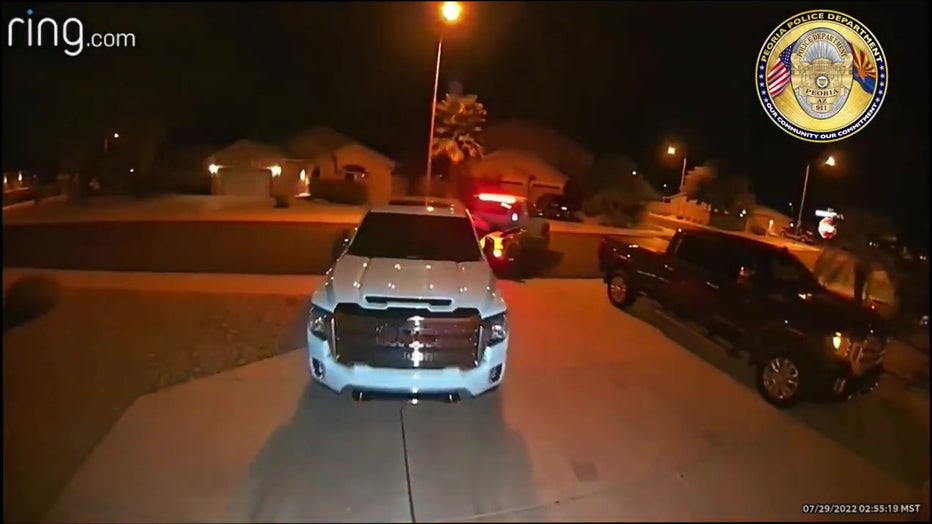