PINAL COUNTY, Ariz. - The Pinal County Sheriff's Office says they received a 9-1-1 call from a home on Padilla Road near Stanfield on Nov. 21 at 9 p.m. A child stated a family member was dying, and the victim's husband shot her.

PCSO says the 30-year-old victim died and 32-year-old Ismael Ortega Hernandez fled from the home on foot. His cell phone was recovered in the area.

Deputies say Hernandez is considered armed and dangerous. He was last seen wearing a black shirt and black pants. He's described as 5' 6" tall with a thin build.

"This turd shot his wife in cold blood, right in front of a child," said Pinal County Sheriff Lamb. "We want to catch this guy. Our heart and prayers and condolences go out to the victim and her family.. also prayers for our deputies. We continually have to see these things, and it has an impact on us as well."

If you have any information on Ortega's whereabouts, call 9-1-1 or the Pinal County Sheriff's Office.

The victim was identified as Julieta Marin Amador, 30. 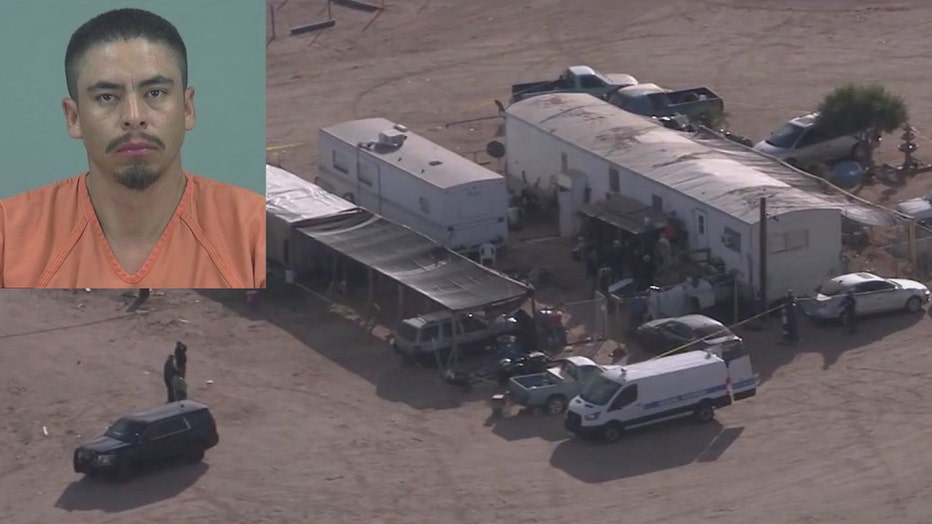