Phoenix Police have released new details surrounding the shooting death of three people at a Phoenix home over the weekend. The suspect is the son of two of the victims, and the brother to the other. FOX 10's Matt Galka reports.

PHOENIX - An investigation is underway following a shooting at a home in Phoenix on Aug. 8 that killed three people, in what Phoenix Police officials called a domestic violence incident.

"Just really tragic. Our officers and our community are affected anytime there is violent crime like this," said Phoenix Police Sergeant Mercedes Fortune. 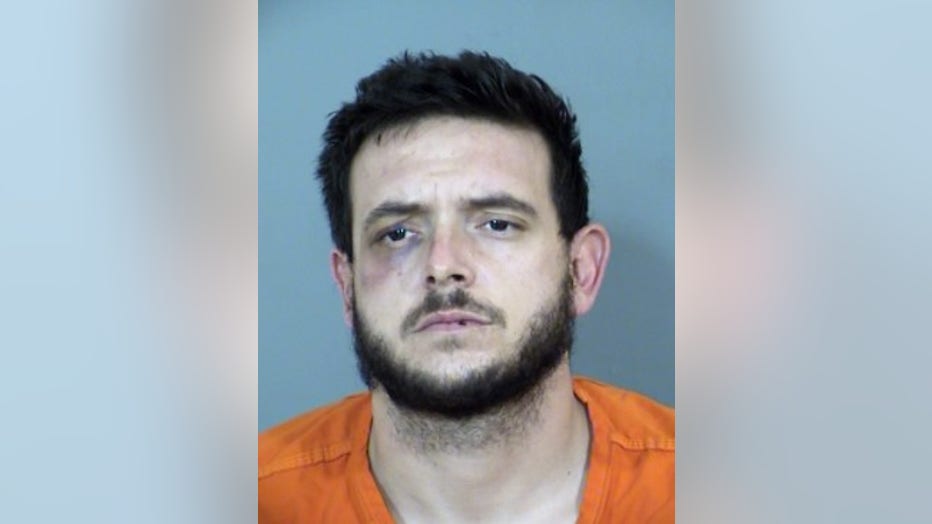 According to police, the incident took place near 32nd Street and Thomas. Investigators say officers responded to a check welfare call. The suspect, identified as 34-year-old Brandon Lujan, admitted in the call that he had harmed his family members. When officers arrived, they knocked on the door of the home but received no answer.

"At some point, the officers forced their way into that residence and did locate three family members: the mom, the dad and the brother of the suspect, and they had all been fatally shot," said Sgt. Fortune.

According to investigators, the three victims have been dead for several hours by the time officers entered the home. The suspect reportedly lived at the home with his family.

The victims have been identified as 63-year-old Lewis Lujan, 56-year-old Irene Lujan, and 30-year-old Mathew Lujan.

According to police, Brandon admitted in an interview to shooting his brother multiple times. Police also say Brandon claimed both his father and mother lunged at him following the first shooting, so he shot them with his 9mm handgun. He then left the scene and went to the VA hospital for treatment of injuries during the fight.

Police say Brandon told officers he didn't remember what happened, and didn't know what happened to his clothing or the handgun he used.

Phoenix Police officials also said they responded to a call at the same home on the night of Aug. 7, but detectives still need to look into what the outcome of that call was.

As for the suspect, a judge has ordered him to be held on a $1 million bond. Brandon's next hearing is scheduled for next week

The investigation is ongoing, and on Aug. 11, Phoenix Police announced they found a car that was registered to one of the victims.

Man accused of shooting and killing his parents and brother

The incident happened at the victims' home near Thomas Road and 32nd Street, where the suspect also lived.

Domestic Violence Resources by the Arizona Department of Economic Security