Helicopter crashes north of Mesa; 2 people on board not seriously hurt

SALT RIVER PIMA INDIAN COMMUNITY, Ariz. - No one was seriously injured when a small helicopter crashed on the morning of Sept. 26 on the Salt River Pima-Maricopa Indian Community.

SkyFOX was over the scene Monday morning, near the Beeline Highway and Gilbert Road.

Federal Aviation Administration officials said a Robinson R22 helicopter went down around 9:15 a.m., some 4 ½ miles north of the Falcon Field Airport in Mesa.

Salt River Police responded to the scene and found two people who were not seriously hurt. They were able to walk away from the scene.

The helicopter was reportedly being leased to California Aeronautical University in Mesa.

The FAA and the National Transportation Safety Board will investigate the cause of the crash.

Falcon Field is about 25 miles (40 kilometers) east of Phoenix.

Police responding to reports of helicopter crash in Mesa 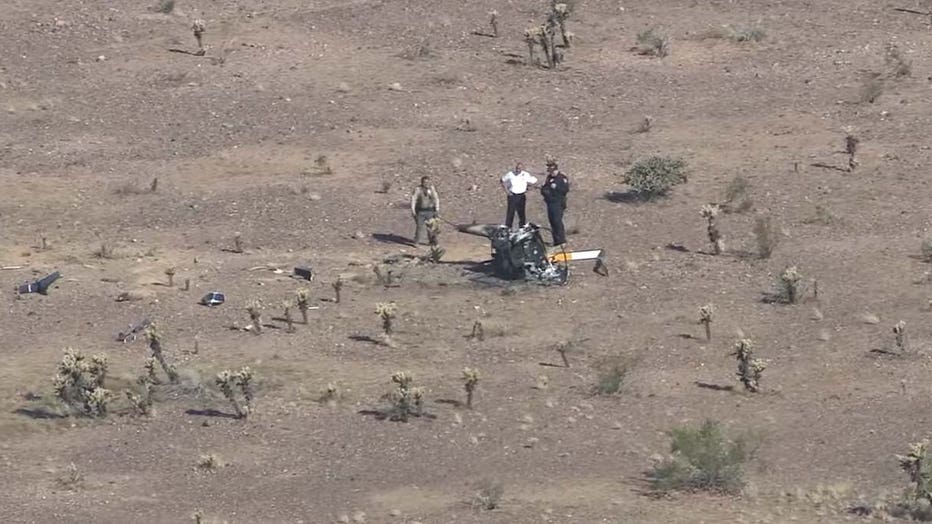 SkyFOX was over the scene on Sept. 26 near the Beeline Highway and Gilbert Road. It's unknown if there are any injuries.