PHOENIX - Phoenix police are seeking information on a shooting that left two men injured in the parking lot of a QuikTrip near 75th Avenue and Indian School Road back in May.

A fight had broken out outside of the west Phoenix QT at around 2 a.m. on May 16, police say.

During the fight, a man reportedly retrieved a gun from a vehicle and fired multiple shots, hitting someone else involved in the fight along with an uninvolved bystander. One of them was seriously injured.

No photos of the suspects were made available, but police released surveillance video footage showing two people of interest who were seen inside the suspect vehicle. 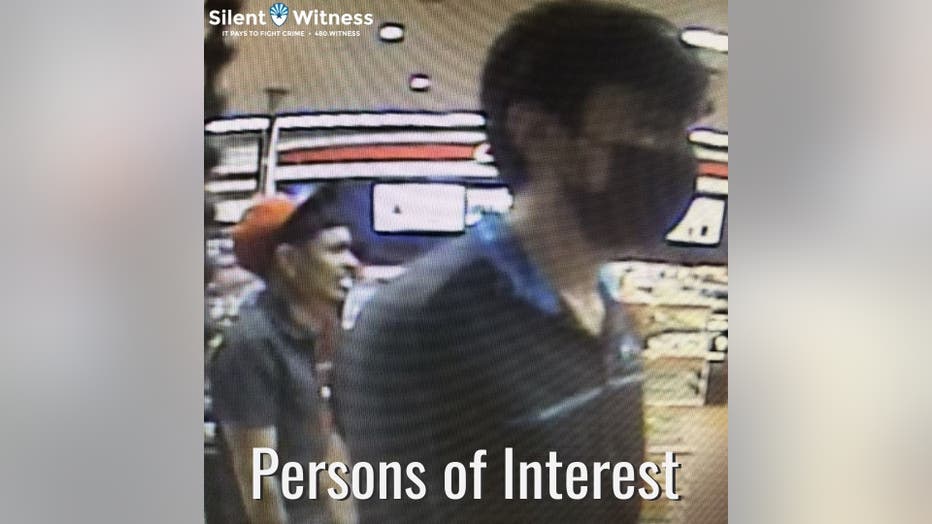 The vehicle was described as a silver four-door sedan and possibly a newer model Mercedes.

The suspect was described as a 5'7", 145-pound Hispanic male in his early to mid-20s with a gray shirt and blue jeans.

Meanwhile, the people of interest were described as two men wearing dark clothing. One of them wore a red hat.