The project is set to be the biggest freeway reconstruction effort of its kind in Maricopa County, and it will affect weekend travel for people heading into town, as well as some East Valley residents. FOX 10's Bailey Miller reports.

PHOENIX - Officials with the Arizona Department of Transportation say a portion of the I-10 in the East Valley is closed over the weekend, as work on the first phase of the Broadway Curve Improvement Project kicks off.

Here's what you need to know to plan for the weekend.

What part of the I-10 will be affected?

According to the project's official website, the freeway is closed between Loop 202 (Santan/South Mountain Freeway) and the US-60 for pavement removal. In addition, the following ramps to westbound I-10 will also be closed:

How long will the closure last?

What other routes can I take to get around the closure?

According to ADOT officials, drivers on the I-10's westbound will be redirected onto the Loop 202 (Santan Freeway) as they enter the Valley, following which they can go on the Loop 101 (Price Freeway) and access the I-10 via US-60.

In addition, ADOT officials say drivers can access the I-10 via Baseline Road.

ADOT officials also say drivers headed for the West Valley can use Loop 202 (South Mountain Freeway) and rejoin the I-10 at 59th Avenue.

Will there be other I-10 closures this summer?

What is the Broadway Curve Improvement Project? 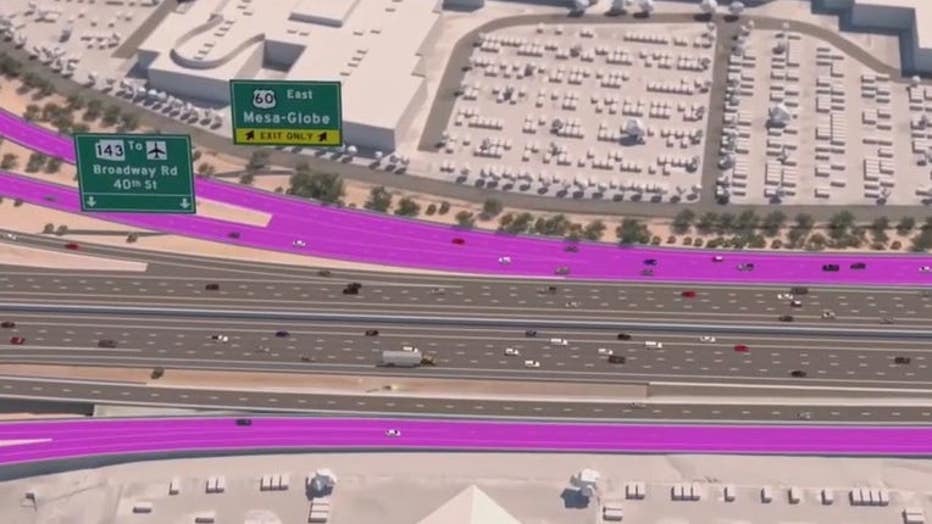 Graphic showing where I-10 in the East Valley will be expanded.

ADOT officials describe the project as their largest urban freeway reconstruction project in Maricopa County. Work will take place on 11 miles of eastbound and westbound I-10 from the Loop 202 and the I-17, along with portions of the US-60 and State Route 143 near the I-10.

According to the project website, the project involves, among other things, widening the I-10 to six general purpose lanes and two high occupancy vehicle (HOV) lanes, in addition to adding collector-distributor roads between the US-60 and 40th Street to separate through traffic from local traffic.