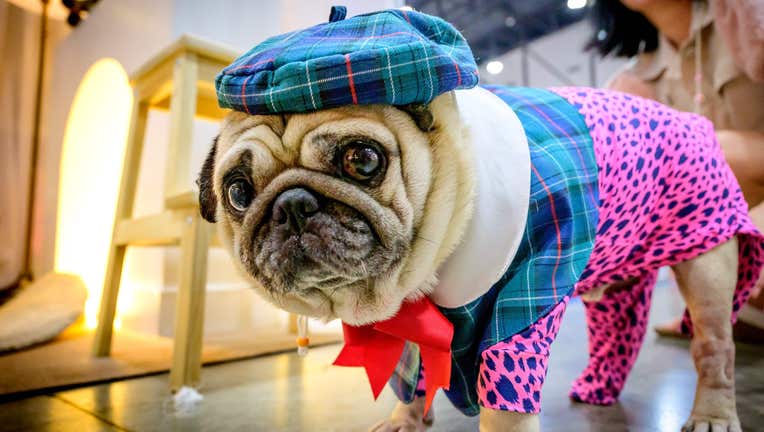 A pug dressed in tartan stands in front of a stand at the 10th Thailand international Pet Variety Exhibition in Bangkok on March 26, 2021. (Photo by MLADEN ANTONOV/AFP via Getty Images)

Flat-faced, wrinkly pugs that have soared in popularity in recent decades are so unhealthy, they can "no longer be considered as a typical dog from a health perspective," a study concludes.

The study, done by researchers at the Royal Veterinary College in the UK, said the "extreme body shape" of pugs makes them twice as likely than other dogs to have health problems. Those health issues, researchers said, stem from the breed’s "flat face, bulging eyes, wrinkled skin and tendency towards obesity."

"Although hugely popular as pets, we now know that that several severe health issues are linked to the extreme body shape of pugs that many humans find so cute," Dr. Dan O’Neill, one of the study’s authors, said. "It is time now that we focus on the health of the dog rather than the whims of the owner when we are choosing what type of dog to own."

Researchers looked at 4,308 pugs and 21,835 other dogs and found pugs were at a significantly higher risk for disorders like brachycephalic obstructive airway syndrome, narrowed nostrils, stenotic nares, skin fold infections and corneal ulceration. 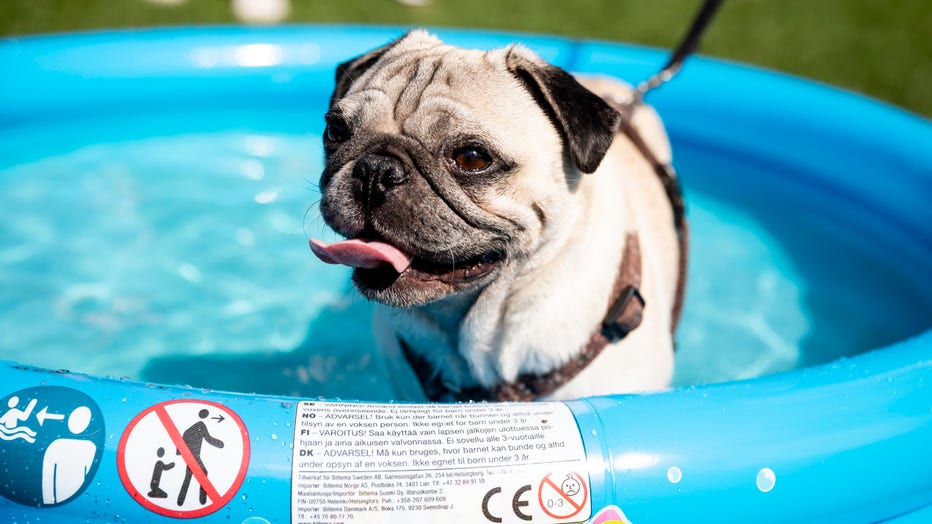 "These statistics are shocking but, sadly, they will not be surprising to our members," British Veterinary Association President Justine Shotton said. "Vet teams see pugs with these distressing health problems – from breathing difficulties to eye ulcers and painful spine abnormalities - in veterinary practices across the UK on a daily basis."

The study has encouraged breeding clubs, veterinarians and animal welfare groups to work together to "educate" the public on potential health problems in pugs. The British Veterinary Association advises people not to buy brachycephalic breeds. 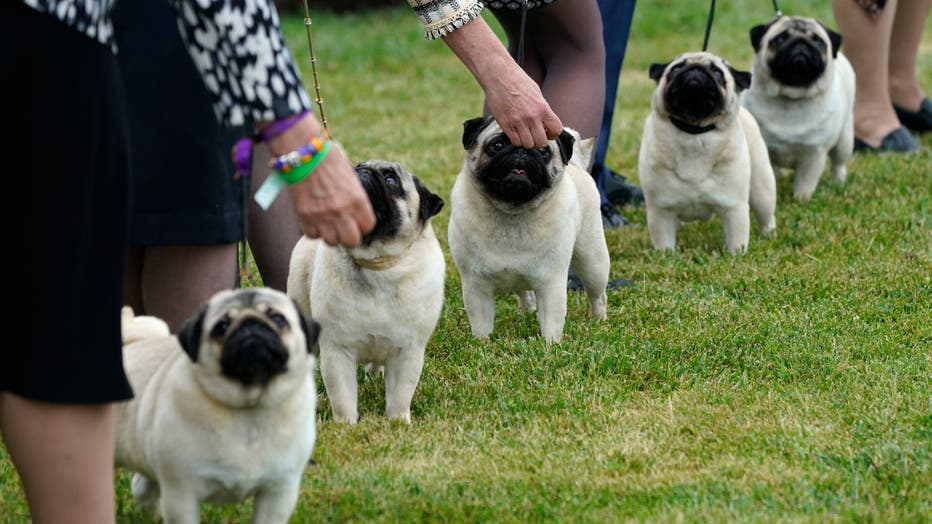 Pugs line up in the Judging area at the 145th Annual Westminster Kennel Club Dog Show June 12, 2021 at the Lyndhurst Estate in Tarrytown, New York. - (Photo by TIMOTHY A. CLARY/AFP via Getty Images)

"This study clearly demonstrates how it is the extreme characteristics many owners find so appealing, such as squashed faces, big eyes and curly tails, which are seriously compromising pugs’ health and welfare and often result in a lifetime of suffering," Shotton said. "While these extreme, unhealthy characteristics remain, we will continue to strongly recommend potential owners do not buy brachycephalic breeds such as pugs."