Cole, a Queen Creek wrestler with special needs, shares his inspiring story about doing what he loves the most.

QUEEN CREEK, Ariz. - Wrestling is one of the toughest sports there is, but it didn't stop a Queen Creek teenager with special needs from getting involved.

Cole Ludwig is an 8th grader with lots of determination, lots of ambition, and he is known at Newell Barney Middle School to have a positive personality.

Family and friends say he's always happy, but especially so when he's doing what he loves most.

Anytime he does so, the crowd goes into an uproar.

Cole has been wrestling full time for two years, and he's able to do so thanks to some assistance from Fraley.

"For Cole, when we go to wrestling, it means that I have to stand behind him and I'll hold him up, and we'll work with the other schools to teach them the moves and understand what our actions are going to look like," said Fraley. 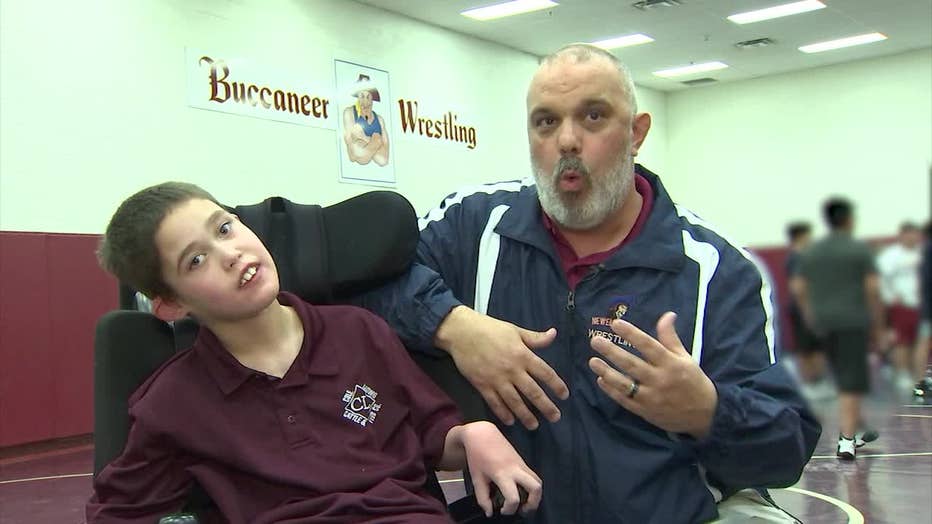 It's through wrestling the 14-year-old has been able to improve his mobility.

"Today, he walked without stopping and was so excited and ready to wrestle," said Instructional Assistant Karen Frawley.

Cole, it seems, is living out his dream thanks to his school.

"I just want to continue to add and thank the school district and Newell Barney for allowing an athlete like Cole to be able to participate in these activities," said Fraley.

Cole will wrestle in the conference preseason tournament at his school on Saturday. 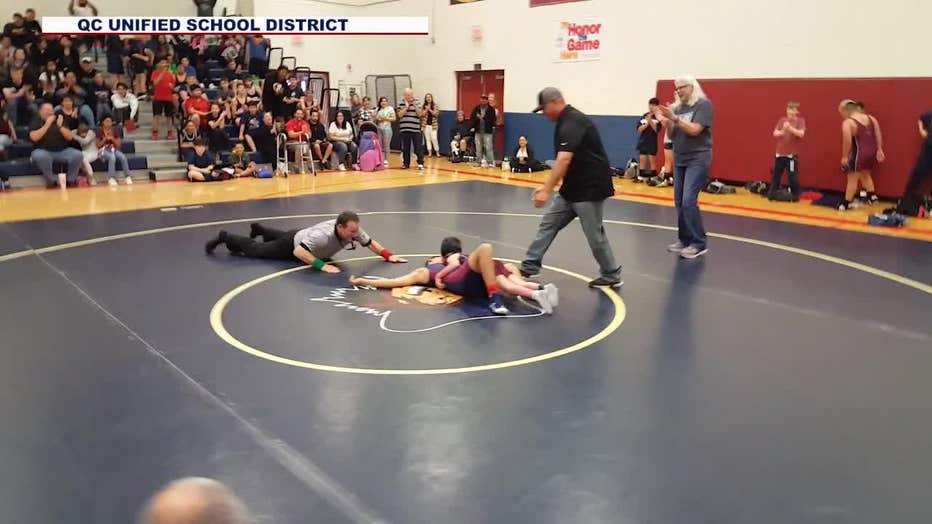