The Phoenix Police Department is investigating a shooting that reportedly left a man and woman dead and another woman badly hurt on Nov. 30 near 59th Avenue and Thomas Road.

PHOENIX - Police say two people are dead and another was wounded after a triple shooting at a west Phoenix home on the morning of Nov. 30.

They say officers responded to the scene around 10 a.m. Tuesday and found two women and a man who had been shot. Police say 59-year-old Chris Child and 57-year-old Maria Guadalupe Gonzalez died from their injuries. A 79-year-old woman was taken to a hospital in critical condition.

All three people lived at the home and police said they recovered a weapon.

They say no suspect was being sought in the shooting and are investigating to determine if it was a murder-suicide.

Sgt. Vincent Cole with Phoenix Police said a relative coming to work at the home found the three people who had been shot.

The scene, of course, was an emotional sight for loved ones.

A group of people arrived at the taped-off home swarming with police, crying and hugging each other.

"Detectives are gonna be out here speaking to witnesses and as always if somebody in the neighborhood hasn't been spoken to by a detective and they have information they wanna provide, they can do that by contacting the Phoenix Police Department or our Silent Witness hotline."

Neighbor reacts to the news

"When I woke up, I came out about 9:30 and policemen was already stopped in front of the house. What I have been told was that there was a killing down at that house on the corner. It used to be a church but became a private residence again. The last thing I know it was a recovery house of some sort," said neighbor, Donna Michaels, adding that the exterior of the home has been undergoing a remodel.

The Phoenix Police Department is investigating a shooting that reportedly left a man and woman dead and another woman badly hurt on Nov. 30 near 59th Avenue and Thomas Road.

Police are investigating a shooting in west Phoenix near 61st Avenue and Thomas Road on Nov. 30. Phoenix Police has not released any further details on the shooting. 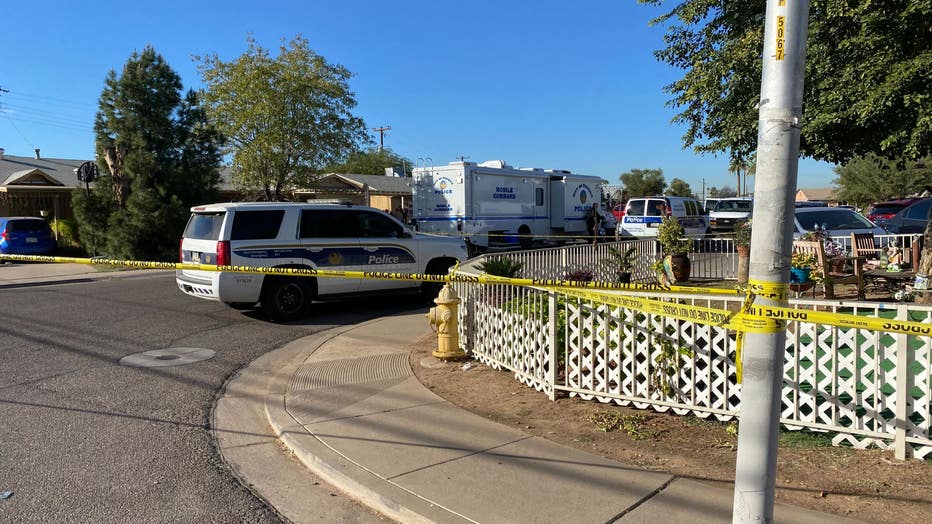