Rescue crew details saving teen who flew off a Jerome cliff, rolling down another 300 feet

A Department of Public Safety&nbsp;crew is responsible for rescuing a teenager who flew off a cliff Monday in Jerome.

JEROME, Ariz. - A Department of Public Safety crew is responsible for rescuing a teenager who flew off a cliff Monday in Jerome.

He completely wrecked his car but he came out alive, luckily, crews are saying.

Several hours of training go into preparing DPS paramedics for these kinds of rescue missions, and on Monday, they were put to the test when a 16-year-old boy flew his car off a cliff.

He was taken to the hospital after his car rolled more than 300 hundred feet down a steep embankment. That was the aftermath of his car flying 120 feet in the air.

Crews extracted the boy out of the wreck near Highway 89A and Dundee Lane.

State trooper paramedics, Edgar Bissonnette and Russ Dodge, are responsible for getting the injured teen to Deer Valley Hospital.

“The pilot and Edgar did a great job of getting the aircraft right over the top, so we didn’t swing into anybody, we didn’t go into terrain and we didn’t disrupt any of the ground rescuers as we were coming out,” Dodge explained. 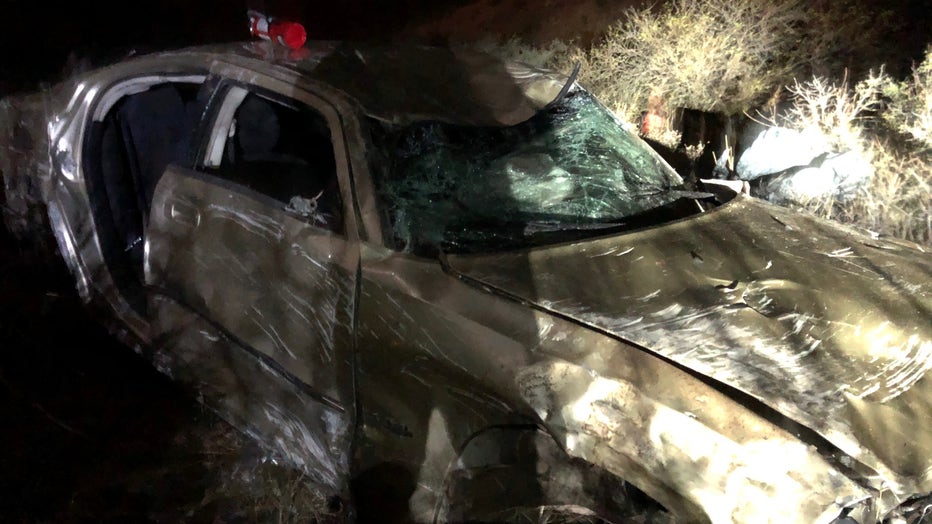 Dodge with the role of rescue specialist and Bissonnette operating the hoist. These two have trained constantly to deal with rugged terrain.

“Then when you do the actual live event versus the training, very minimal difference except (for) location,” Bissonnette said.

The new DPS ranger helicopter took thirty minutes to fly from Phoenix to Jerome, and on the ground, a multi-agency team effort between police and fire departments.

Within an hour, the mission was complete.

Authorities say the teenager went 65 mph in a 20 mph zone before going airborne. The influence of drugs is believed to be a factor.

What troopers call an efficient rescue saved this teen’s life

"Making a difference in people’s lives is why we do that and the reason we train because there isn’t a lot of room for error," Dodge said.

It's unknown how the teen lost control of the car or if he had a seatbelt.