Family pleads for help as investigation into girl's death continues

16-year-old Aniah Wallker died in 2020, and in the years since, police have not been able to solve her killing. FOX 10's Lauren Clark reports.

BUCKEYE, Ariz. - Police are offering a reward after a teenage girl was killed in a hit-and-run crash along Interstate 10 in Buckeye.

Anaiah Walker, 16, was found dead on the I-10 median west of Watson Road on May 22, 2020. Investigators say Walker died after being hit by a car.

"Detectives analyzed car parts left at the scene to develop information on a vehicle involved in the incident," police said. "The unknown suspect was likely driving a 2016 to 2018 Honda Civic LX or LE with factory color ‘midnight burgundy pearl.’"

Police officials say they do not know why Walker was in the area at the time of her death, but they did say they have been following leads in connection with Walker being a prior victim of sex trafficking. Over two years after Walker died, detectives have yet to find the person responsible, despite interviewing dozens of people.

"They have reached a point now where they have exhausted all leads," said Carissa Planalp. "They need your help."

Walker's loved ones also talked about her death.

"For me, that is a very, very large hole. It's an unimaginable amount of pain," said Walker's mother, Sherika Rhymes. "To the person responsible, you need to come forward and be [held] accountable for what has happened. You hold a very important piece of the puzzle that will help us know what happened." 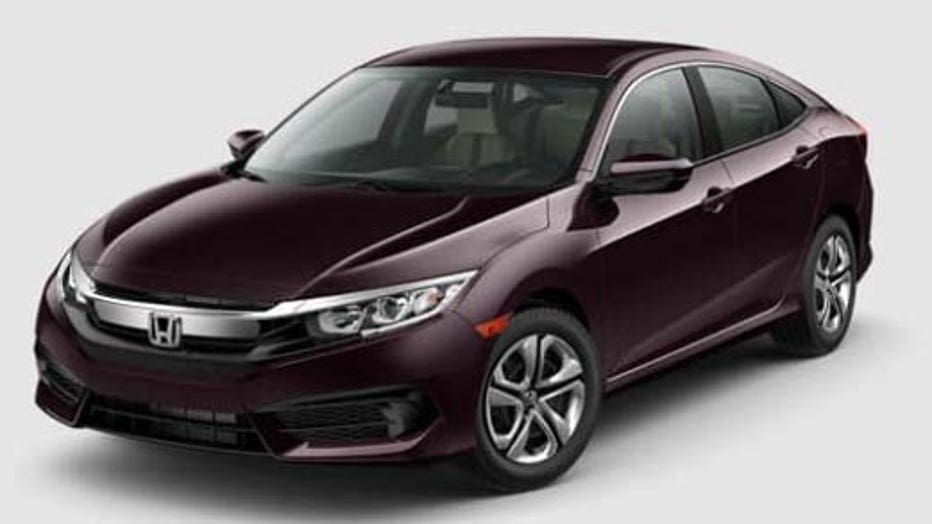 Anaiah Walker, 16, was found dead on the I-10 median west of Watson Road on May 22. Buckeye Police say Walker died after being hit by a 2016 to 2018 Honda Civic LX or LE with factory color "midnight burgundy pearl." NOTE: Not actual vehicle. (Buckeye Police Department)

Silent Witness is now offering a reward of $12,000 for information leading to an arrest in Walker's murder.

If you have any information on the case, you're asked to call Silent Witness at 480-WITNESS.