SCOTTSDALE, Ariz. - Four people were hospitalized after a crash involving a car and a golf cart in Scottsdale on Sunday near Chaparral and Miller Road.

The golf cart was rear ended as it traveled down Miller Road.

All four people that were in the cart are in serious condition, fire officials say. Their names were not released.

Scottsdale Police say the driver of the vehicle that hit the cart, 22-year-old Robert Gandara, was arrested. He was booked into jail and released pending further investigation. He is accused of aggravated assault. 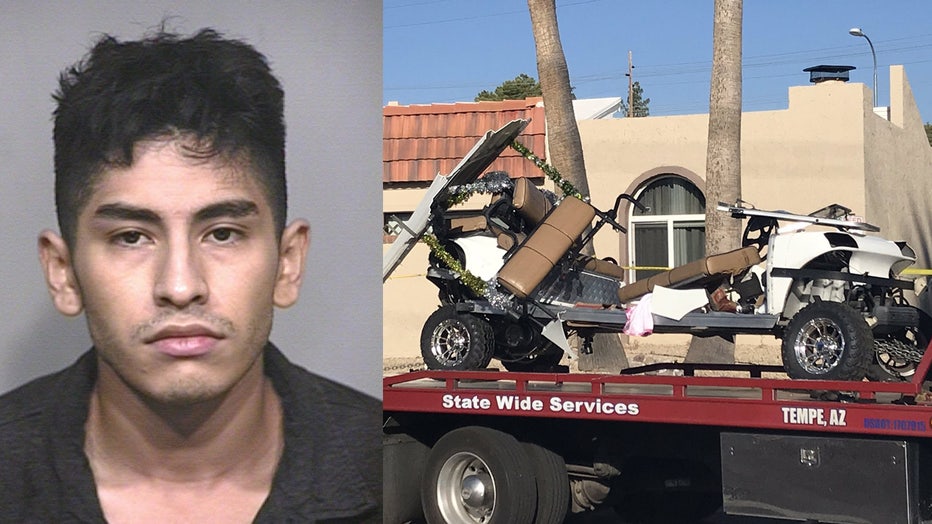