Massive plume of smoke shoots out of Scottsdale home

The Scottsdale Fire Department captured footage of a massive plume of smoke coming out of the roof of a home that was engulfed in flames.

SCOTTSDALE, Ariz. - Fire crews from Phoenix and Scottsdale are working to extinguish a fire that sent large amounts of smoke billowing through the air on Tuesday.

Scottsdale firefighters discovered a garage that was fully engulfed in flames near Scottsdale Road and Mescal Street.

It's unknown if anyone was injured. 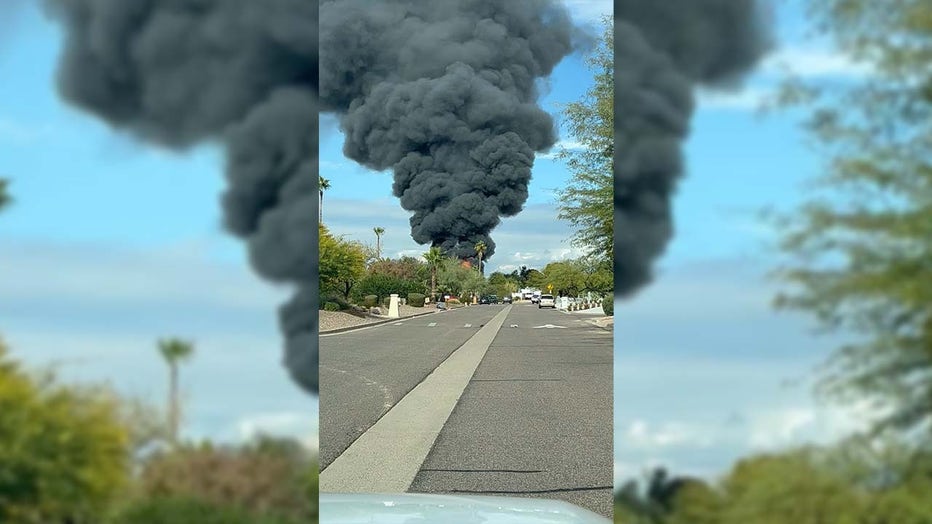 The scene of a large fire in Scottsdale.