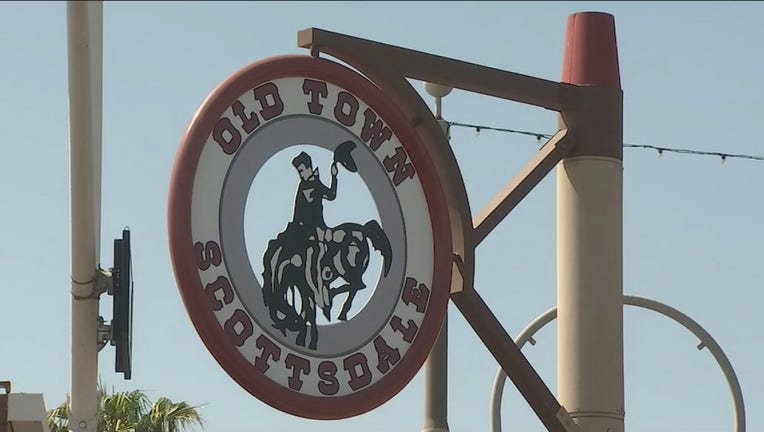 SCOTTSDALE, Ariz. - Officials with the City of Scottsdale announced on April 20 that city leaders have approved an anti-discrimination ordinance that offers protections for various groups, including the LGBTQ+ community.

In a statement, city officials say Ordinance No. 4497, which is set to take effect on May 20, 2021, will ban discrimination "based on actual or perceived race, color, religion, sex, national origin, age, sexual orientation, gender identity, or disability." The ordinance was adopted by the city council in a unanimous vote.

"The ordinance represents the city of Scottsdale’s commitment to anti-discrimination and fair treatment of residents, visitors and employees in the Scottsdale community, and the City Council’s support and value for diversity and inclusiveness," read a portion of the statement.

Here's what to know about the new ordinance:

The new ordinance applies to whom?

According to documents provided by the City of Scottsdale, the anti-discrimination ordinance will apply to "all elected and appointed officials, employees, and volunteers while acting within the scope of their city duties," and "all contractors, vendors and consultants of the city."

The ordinance will also apply for those groups of people while they are on "business trips, business meetings and business-related social events."

In addition, portions of the ordinance address discrimination in employment, public accommodations, and housing, by certain people or groups that are not connected to the Scottsdale city government.

What sort of behaviors are being prohibited?

The ordinance also lists a number of practices that will be banned.

Who's exempt from the ordinance?

The ordinance lists a number of groups that will be exempted, including:

The ordinance will also not apply to anyone who violates any policy or regulation of any places of public accommodation that applies to everyone, nor will it affect an employer's ability to enact policies on the use of drugs and alcohol under certain circumstances, or enact a dress code that is uniformly applied to all employees.

In addition, "Beneficial pricing or policies to senior citizens, students, veterans or individuals with disabilities" will not be banned. There are also certain exemptions to the ordinance that are related to housing.

What's the consequence of violating the ordinance?

According to the ordinance, elected or appointed officials, employees, volunteers, contractors, vendors, and consultants of the city who were found to have violated it will be subjected to a number of "responsive actions," which can include termination.

Will it infringe on the First Amendment?

The ordinance states that nothing within it is intended to "alter or abridge other rights, protections or privileges secured under state and federal law."

"The ordinance will be interpreted in a manner consistent with free exercise of religion, as well as other First Amendment freedoms," read a portion of a statement provided by the City of Scottsdale.

What about bathrooms and locker rooms?

In its statement, officials with the City of Scottsdale say the ordinance "does not address the issue of restrooms and locker rooms."

"Nothing in the ordinance would prohibit a business from posting such facilities for men only, or for women only, or having gender-neutral facilities," read a portion of the statement. "People in Scottsdale currently must choose which restroom or similar facility to use and one would assume they choose the facility associated with the gender with which they identify. Nothing in the ordinance would change that."

Is discrimination a problem in Scottsdale?

Scottsdale city officials say they do not have statistics on discrimination within the city, as it is currently not illegal.

However, in its statement on the new ordinance, city officials listed five incidents related to reports of assault, discrimination and/or harassment based on race, sex, sexual orientation or gender identity at various places within the city, from December 2018 to August 2020.

Are there other cities adopting similar ordinances?

Earlier in 2021, the City of Mesa adopted a similar anti-discrimination ordinance that also protects the city's LGBTQ+ community.