Quincy Bowen, the fourth suspect in the murder of a man found at Papago Park turned himself in to police in Oregon.

SCOTTSDALE, Ariz. - Scottsdale Police officials announced on May 30 that they have arrested a person in connection with the discovery of a person's body at Papago Park on May 23.

According to various statements released by police officials on May 23, a caller reported seeing the body to officers at 8 a.m. near Galvin Parkway and McDowell Road. The body was reportedly found along a trail in the area.

At the time, police said the person who died was "connected with suspicious circumstances." That person has since been identified as 29-year-old Julian Gianfranco Gonzales.

Gonzales' death, according to Scottsdale Police officials, is unrelated to the discovery of another body in a body of water on the same day.

Scottsdale Police have made two more arrests in the murder of a man found dead last weekend at Papago Park.

Scottsdale police were also searching for 23-year-old Quincy Bowen, who is wanted for first-degree murder in this case. He turned himself in to police in Portland, Oregon.

Anyone with information about this case is asked to contact Scottsdale PD at 480-312-TIPS.

Officials say one of the dead bodies was found next to a trail, while the other dead body was found in a body of water.

On May 30, police announced that 28-year-old Edward Nichole Hughes has been arrested in connection with Gonzales' death.

Scottsdale Police officials say they took over the investigation into Gonzales' death on May 25, after evidence linked the case to a Scottsdale home. They say Hughes is a known acquaintance of Gonzales. 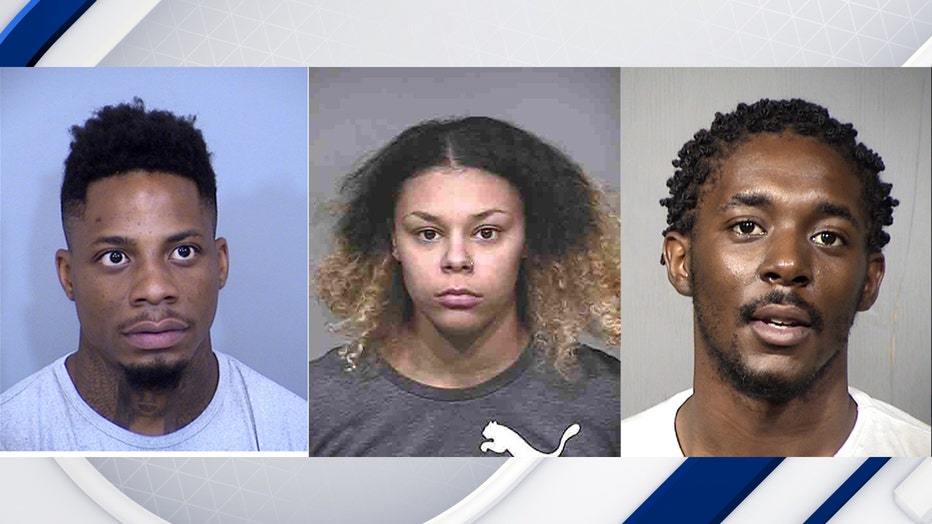