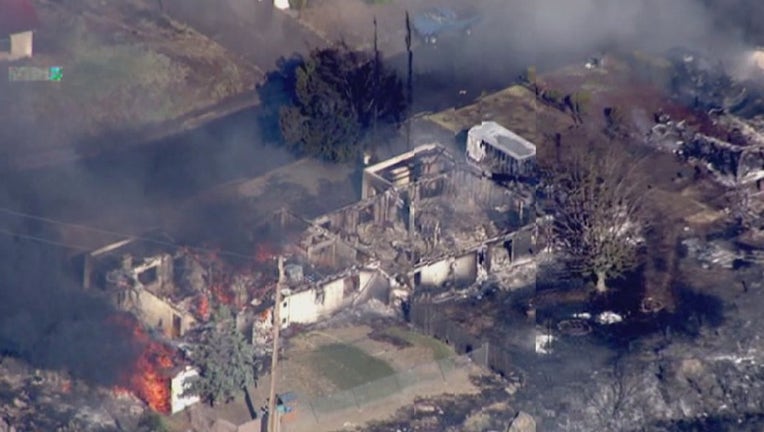 BAGDAD, Ariz. - A May 27 wildfire that destroyed or damaged 24 homes and threatened many other structures in the remote mining town of Bagdad was caused by construction equipment being used for road work, the Yavapai County Sheriff’s Office said Friday.

"This fire was found to be completely accidental. This road project had been planned and approved, and there was no recklessness involved," the Sheriff’s Office said in a brief statement. "There will be no criminal charges sought, nor was there found to be any negligence in the crew’s actions."

The statement did not provide details on the work being done, describe the equipment determined to have caused the fire or specify how it started the fire, and sheriff’s spokesman Christopher Wilson responded to inquiries by The Associated Press by saying "no further information" would be provided.

The fire forced the evacuation of hundreds of residents. Bagdad is located in rural western Yavapai County and 102 miles (163 kilometers) northwest of Phoenix.

Soon after the fire started, the Sheriff’s Office had said preliminary information indicated that it was ignited by road work.