29-year-old Armando Sotelo-Carrillo was arrested and booked into jail on suspicion of disorderly conduct and contributing to the delinquency of a minor. Police say he was the party's organizer.

SCOTTSDALE, Ariz. - The Scottsdale Police Department is investigating after a shooting broke out at a house party overnight on Dec. 18.

The shooting happened near 79th Street and Thunderbird Road around 3 a.m. and one person has been taken into custody, but not for reasons related to the shooting.

Officer Aaron Bolin with the Scottsdale Police Department says no one has reported any injuries, and no damage to any nearby homes or buildings was found.

"Preliminary information is that two women were engaged in an argument in the street, and as it escalated, people produced guns and fired numerous rounds into the air. The women and others involved are tied to a house party at a nearby short-term rental. Once the gunfire occurred, people began to flee the area as police started to arrive," Bolin said.

Police say the house is a short-term rental property. Fences on the property were broken down by a SWAT team making entry into the scene.

29-year-old Armando Sotelo-Carrillo was arrested and booked into jail on suspicion of disorderly conduct and contributing to the delinquency of a minor. Police say he was the party's organizer.

Airbnb released a statement saying, although the home was once rented out through Airbnb, it hasn't been reserved since 2020.

The homeowner "confirmed that the party was facilitated by a former employee who unknowingly had access to the property," said Aaron Swor with Airbnb. 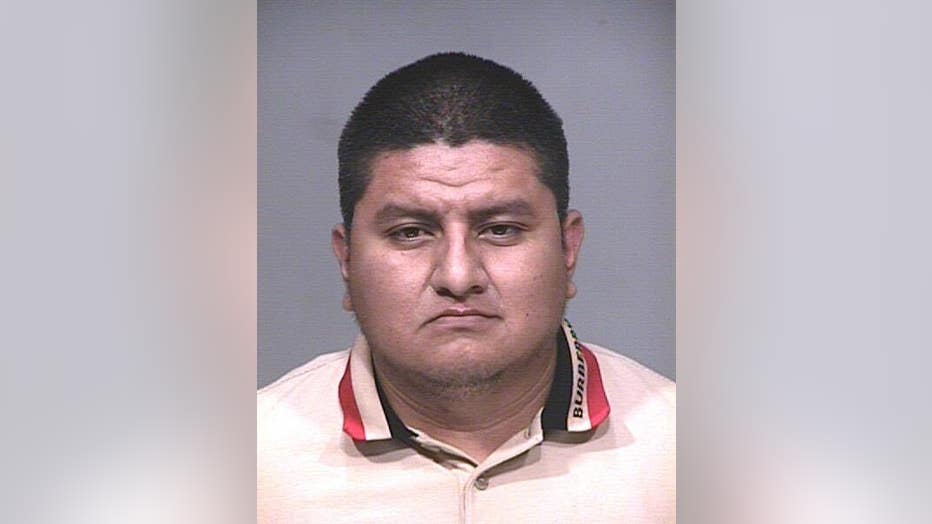 "He is not suspected of being involved in the shootings," Bolin said.

Several gunshots were caught on a neighbor's surveillance cameras.

Neighbors are left cleaning up the remains of the party that's being called "massive."

Preferring to keep their identities private for safety reasons, neighbors say they feared for their lives after being awoken by heavy gunfire right outside their windows.

"I was concerned about stray fire coming through a window like you hear," a neighbor said. "It was hundreds of rounds, they said it was probably over 150 rounds."

Hundreds of people were at the party, neighbors say, playing music loudly into the night.

The party's DJ, Leonardo Fuentes, says, "I left the equipment. I left the truck. I left everything in there and just ran pretty much for our lives pretty much."

He says they were commissioned to play and did not know any of the guests The crowd just kept getting bigger and bigger.

"Like I said, we got contracted. This is just some random people, we just came over here to do our job," Fuentes said.

Investigators are still looking into the incident and looking for others who may have been involved in the argument and shooting.

Video was captured of a developing scene at a Scottsdale house party overnight.