Police are searching for two men accused of robbing a north Phoenix QuikTrip at gunpoint on Dec. 1.

PHOENIX - Police are searching for two men accused of robbing a north Phoenix QuikTrip at gunpoint on Dec. 1.

Phoenix Police say the suspects walked into the gas station near 17th Avenue and Bell Road at 2:56 a.m. that morning with handguns. Employees were held at gunpoint while the men stole cash and lottery tickets from the convenience store, officials said.

Surveillance video shows the two suspects pointing the weapons at the employees, with one of the employees forced to lie on the ground while another is made to open the cash register.

The suspects were described as two 5'8" Black men between the ages of 18 to 22 in dark hoodies. One was around 130 pounds, while another was believed to be around 170 pounds, officials say. 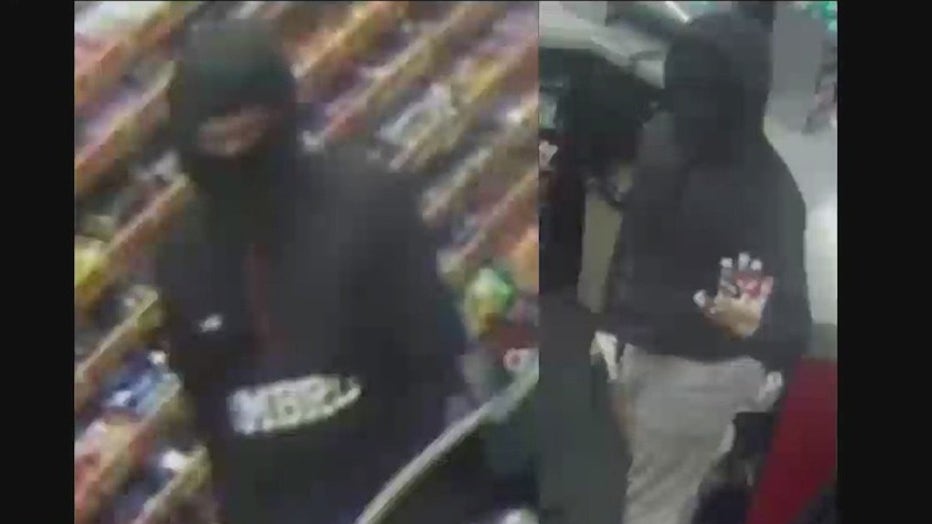 The suspects accused of robbing a QuikTrip near 17th Ave and Bell.