CBP warns about laced ketamine; saying dealers are mixing the hallucinogenic with fentanyl

NEW YORK - The international mail facility at New York's J.F.K. International Airport is responsible for handling 60% of the mail coming into the United States. It means U.S. Customs and Border Protection officers see it all when it comes to contraband, including drugs like fentanyl.

A new alarming trend on the streets: ketamine, known as a "date rape drug" or "special K," is an anesthetic with hallucinogenic effects. It is being mixed with the opioid, fentanyl, marketed to users as a "special kind of high" by dealers who are attempting to get their drugs delivered in the mail.

U.S. Customs and Border Patrol officers say the influx of ketamine has ballooned from 50 kilograms seized in 2020 to 400 kilograms in 2022. They deploy a multi-layered approach with K-9s, hand held drug detecting devices and X-ray machines to stop the flow and help stop overdoses.

"The concern is that it's been used as a cocktail with other drugs. If it's mixed with fentanyl, obviously, it becomes deadly," said Sal Ingrassia, CBP port director at J.F.K. International Airport.

The Centers for Disease Control and Prevention reports drug poisonings in America are at a record high. Over 107,000 people died from a drug overdose last year, 70% caused by synthetic opioids like fentanyl.

It's a constant cat and mouse game between drug traffickers, who are trying to get narcotics into the country, and the CBP, which is trying to keep them out and while ketamine is the number one drug being seized here today, officers know there's always something new arriving tomorrow. 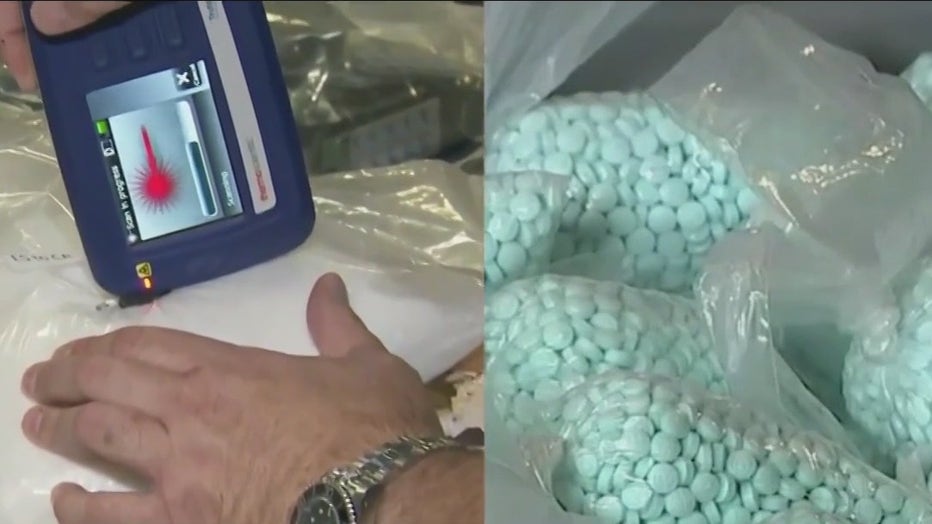