PHOENIX - In the summer, when temperatures can hit 115°F, the demand on Arizona's electrical grid surges, and that is why SRP officials say they are hoping a new artificial intelligence tool will lower demand and save money.

The leak happened in the middle of the night, and no one would have noticed it for hours otherwise. 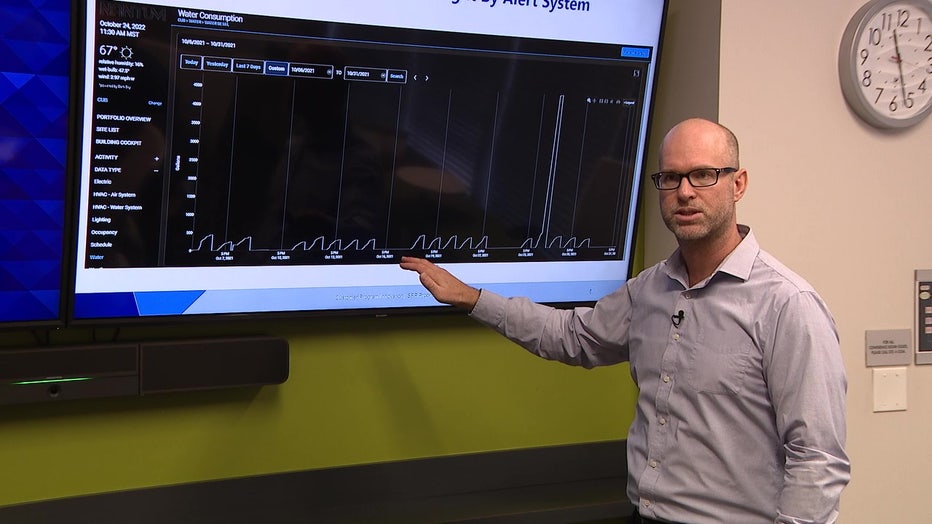 "You can see how obvious and dangerous this is. Just a matter of a few hours this water leak was going on," said Hanson.

The AI tool, called Nantum, caught the leak immediately, and got it fixed before anything was damaged. Hanson and Duane Pearson with SRP Customer Program Innovation.

"When you connect that to the system, you're now collecting over 100,000 data points immediately," said Pearson.

The data includes cameras at every entrance and exit.

"It's not just knowing how many people are in the building. It's when they arrive, when they leave, and we were able to trim the times at the start and end of the day with our HVAC systems," said Pearson. 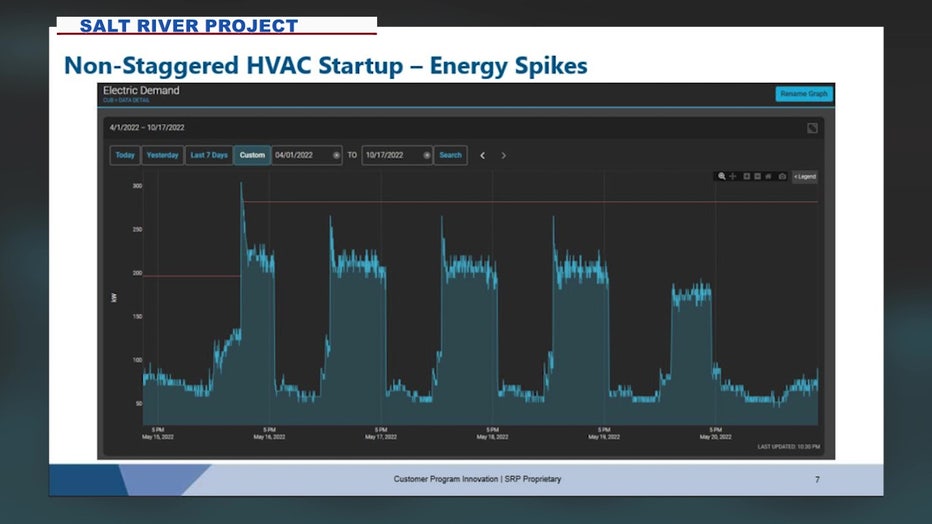 The duo says the AI tool also found that staggering the start time of the HVAC systems by just 30 seconds eliminated peaks.

"That brief, short peak can cost you extra over the course of the month, and add stress to the grid," said Pearson.

During the pilot, SRP officials say they have decreased energy use by an average of 32%, and adding monitors to their water system only added more data to catch leaks earlier and save water.

"Water is a precious entity in the Valley, so when you can see those kinds of benefits, it's even more valuable," said Hanson.

SRP officials currently want to do more testing on the pilot, but they hope it will be available within the next six months.