PHOENIX - It was a severe storm that no one saw coming.

"I heart there was going to be bad weather, but it's not normal for us," Joey Ehlers said.

"Last night, we thought maybe some flooding or something, but to have half of your roof missing, you know, you never expect it," Prince Colosimo said.

There were malfunctioning traffic lights at the intersection of Seventh Street and Northern and gusting winds knocked over a pedestrian-crossing sign, leaving a turn signal swaying in the wind.

Just past the intersection is Barcelona Place where residents are still blown away by what they woke up to.

"All of the shingles here and everything are totally gone. Yeah, it was pretty intense. The whole house was shaking," Ehlers said. "The lights started flickering on and off and the house started shaking and I just heard this crash, crash so I ran out to the kitchen and I found all of the tiles off the roof, breaking through the glass windows and then I found tiles actually stuck into the wall."

All around the complex, the roof was no match for the heavy rainfall and high winds it faced. Some residents escaped some serious injuries from all of the damage. 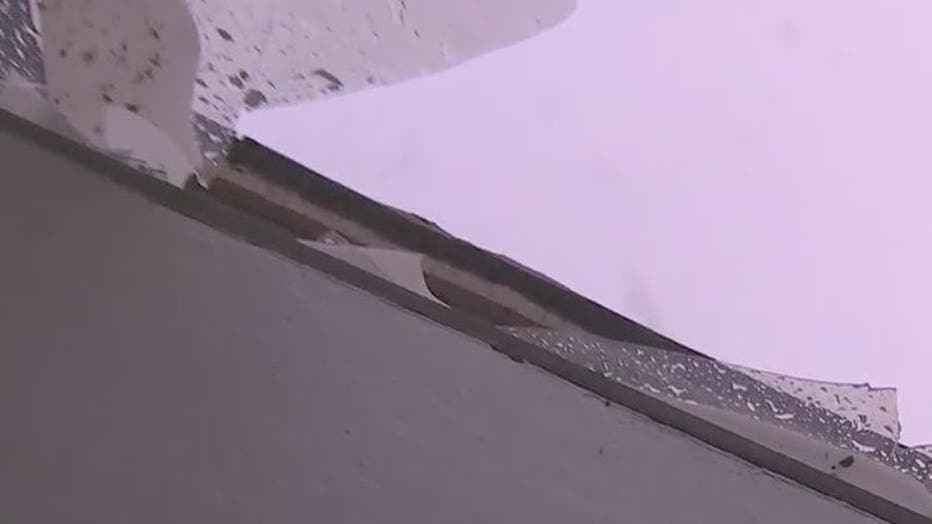 Others were left cleaning up chunks of tile from their roof, downed trees and more debris across their yards.

"It's roof damage. It's not really that bad, at least not as bad as the rest of these places," Jeff Brooks said.