Officials say a teacher with an elementary school&nbsp;in Phoenix is accused of sexual abuse in connection with incidents involving underage girls, including a 12-year-old. FOX 10's Justin Lum spoke with an alleged victim who described her ordeal.

PHOENIX - Officials say a teacher with an elementary school in Phoenix is accused of sexual abuse in connection with incidents involving underage girls, including a 12-year-old.

According to court documents, Manuel Gavina, 49, was arrested at his home near 19th Avenue and Thomas Road Tuesday morning.

An investigation into the incidents began on December 9, when a 12-year-old alleged victim disclosed multiple instances where Gavina allegedly touched and rubbed her breast, over her clothes, while providing instruction in the classroom. The 12-year-old said she asked Gavina to stop, but the touching continued.

Court documents say two other alleged victims, both currently 14 years old, later disclosed that similar incidents have happened to them in 2017 and 2018, respectively.

After Gavina was arrested, court documents said he acknowledged knowing each of the alleged victims, and also indicated there was a fourth female student who had complained of him touching her breast inappropriately. 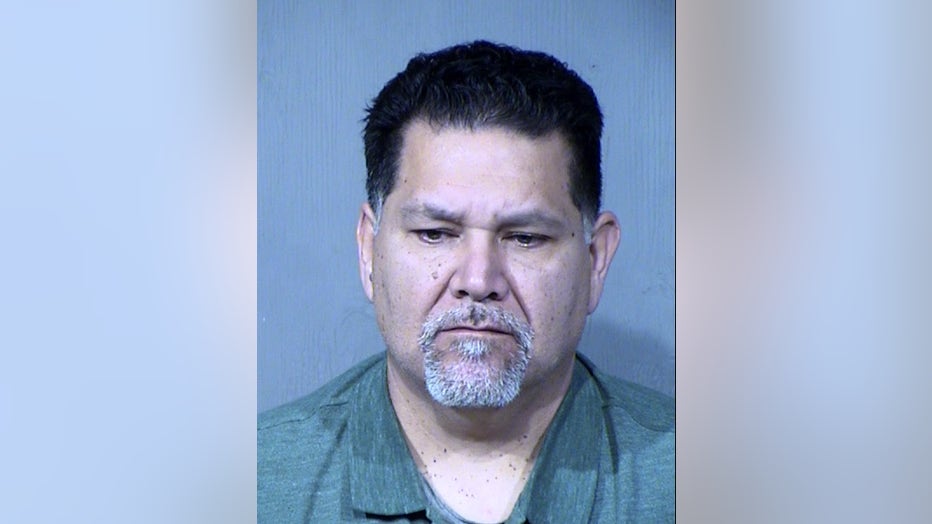 Gavina said, according to officials, that each of the students attends or attended his math class, and spoke about how he might have accidentally touched their clothed breast with his elbow or hand as he is helping them with their homework, as well as when he was complimenting them.

According to investigators, Gavina had touched his students inappropriately hundreds of times over the years.

"He would touch them like this, or like sometimes their shoulder, but that's all I saw from my class," said a 13-year-old student who spoke with FOX 10 on Wednesday.

FOX 10 is concealing the identity of the girl, who also accused Gavina of touching her inappropriately.

"We were taking my test and my pencil fell and I was gonna get it, and he went down with me and grabbed my waist," said the girl.

The girl said she told her mother, but did not report it to school staff members.

"After he did that, I looked at him, like, different," said the girl.

"Does this make you trust teachers less?" the girl was asked.

"Yes," the girl replied. "Because I don't know what another teacher's gonna do. They could touch me."

FOX 10 went to Gavina's home to get his family's side of the story Wednesday. No one answered the door, but neighbors say the teacher is a nice man who seemed normal.

"I am not gonna judge or give my opinion because I don't know any of this," said a neighbor.

"Are you shocked?" the neighbor was asked.

"I'm not shocked about any of this," the neighbor replied.

A bond of $75,000 has been set for Gavina, and he will be subjected to electronic monitoring.

FOX 10 has reached out to the school district for comment, but has yet to hear back.