GLENDALE, Ariz. - Glendale Police are asking for the public's help as they try to identify suspects in the deadly stabbing of a 14-year-old in front of his home.

The incident, according to a statement released Sunday afternoon, happened on the night of November 8, and officers were dispatched at around 11:30 p.m. to a home near 49th Avenue and Bethany Home Road. 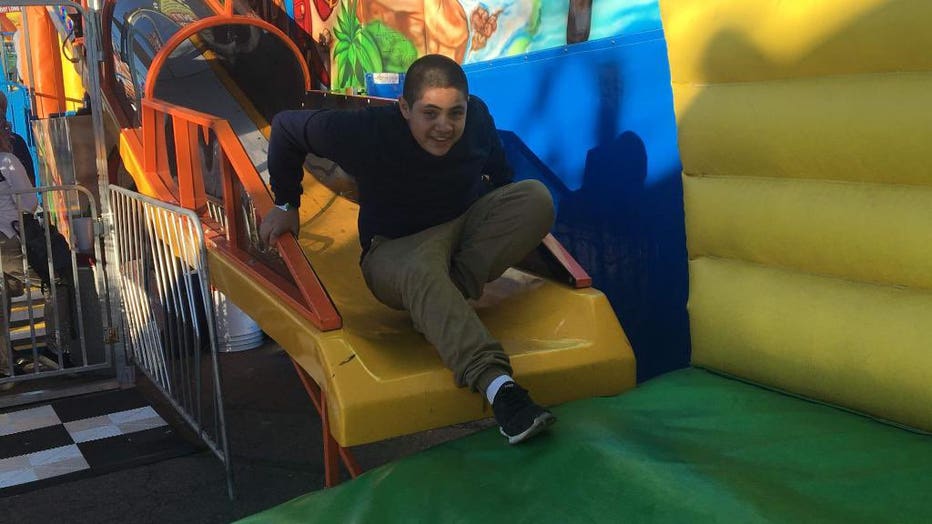 Investigators have identified the victim as Elijah Ochoa-Gamez, who was stabbed during a fight involving him and three adult suspects. Ochoa-Gamez was taken to a local hospital, where he later died.

"He had big dreams and aspirations to do better for himself and for his family," said Ochoa-Gamez's aunt, Araceli Rodriguez.

On Sunday, family members gathered around Ochoa-Gamez's picture, with candles lit in his name.

"There's a lot of pain. No one is prepared for a situation like this," said Rodriguez.

Ochoa-Gamez was an honor roll student. Now, loved ones are holding on to his spirit.

"He was always a very happy boy," said Rodriguez. "He was always 'can I help you with this? Can I do this for you?' Very selfless."

Police officials have released the following descriptions of the three suspects:

· Suspect 1: Caucasian or Hispanic male, 20 to 30 years old with curly dark brown hair and an average build, about 5'5" to 5'7" tall, with a possible scar under his left eye. Police officials said this suspect was last seen riding a BMX-style bicycle

· Suspect 2: Caucasian male, 20 to 30 years old with blonde hair, light-colored goatee and a thin build, about 5'11" to 6' tall, with a possible tattoo on his right arm. He had a white pit bull with spots, which police officials said was used in the attack on the 14-year-old

· Suspect 3: Caucasian or Hispanic female, about 30 years old with dark hair and an average build. The suspect has tattoos on both arms, with possibly a full sleeve on her left arm, and a tattoo of a moon on the left chest.

Rodriguez said the fight may have started over a bike.

"For an adult to just take his life and then just go in hiding. We want justice," said Rodriguez.

As the search for the suspects continue, the family is mourning the boy they said should have outlived them.

"We're never gonna forget him," said Rodriguez. "As long as we keep him in our memories, he's always gonna live through us."