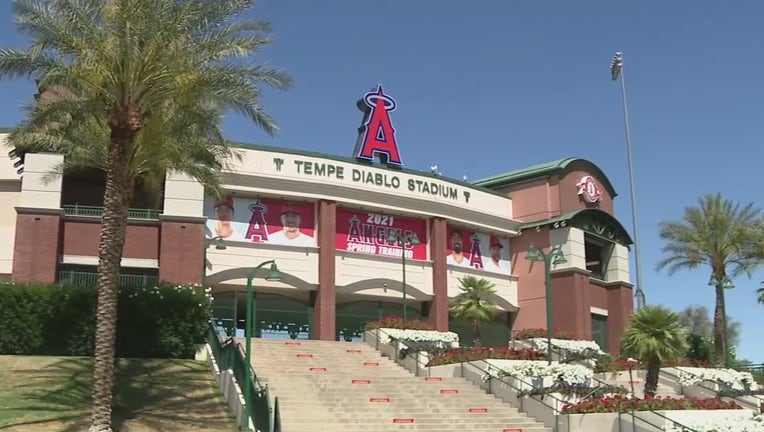 TEMPE, Ariz. - Following the approval of an agreement by the Tempe City Council, the Tempe Diablo Stadium will host spring training games for Los Angeles Angels until 2035, but the 53-year-old stadium is about to get a makeover.

The renovations will cost nearly $21 million, with Tempe paying for half of that, but some say the revenue that this stadium brings into the community makes it well worth it.

"I mean, they are just down the I-10 from us in LA. We believe it’s important to have this ongoing relationship with something that is so close," said Community Services Director Craig Hayton.

Stadium officials say that spring training draws tens of thousands of people to the area every year.

Tempe receives a portion of the Angels’ ticket sales at the stadium, along with estimated millions in revenue from visitors. The Angels have played in Tempe each spring since 1993.

The Angels’ minor league operations also are headquartered in Tempe, and its Arizona League affiliate plays at the stadium. The team will have potential lease extensions of the new deal through 2040 and 2045, the city said.

Renovation to take place in phases

The first phase of renovations will include a three-story building on the third base side housing a new locker room for the Angels along with suites, team offices and a team store. The projected $20.9 million cost will be nearly split between the city and the team, and both parties hope to open it next spring.

The second phase of renovations will be centered on a new outfield concourse allowing fans to walk all the way around the perimeter of the playing field. This $30 million phase also will include new shade structures, modernized restrooms and traffic improvements outside the ballpark.

"Maybe some wider concourses, some additional entrances and exits, and then some additional shade would be really nice for us, so we are really in that early design stage, working with the team," said Hayton.

The Angels will be at the stadium year-round, hosting more than 20 events there per year. While Spring Training in 2021 certainly presented some challenges amid the COVID-19 pandemic, Hayton says they are hopeful about the future.

"Not only are we excited to have the team here, we are also looking forward to improvements to help the fan experience and program efficiencies as well," said Hayton.