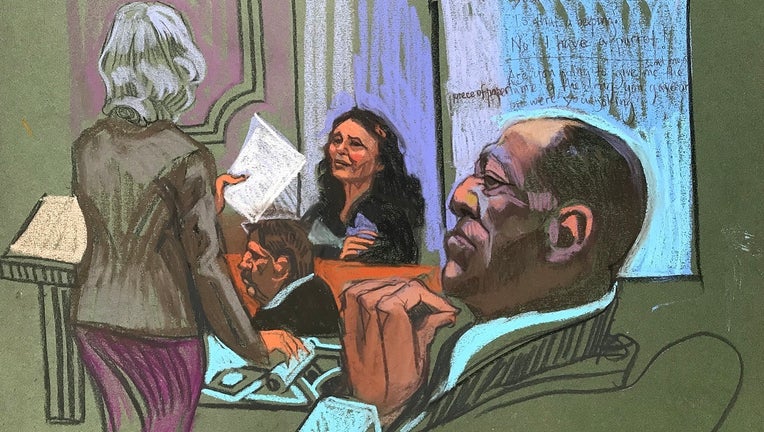 The judge who sentenced Bill Cosby to three to 10 years in prison for drugging and sexually assaulting a woman in 2004 cited the entertainer's own words as evidence he had committed a crime.

Judge Steven O'Neill was referring to a deposition of Cosby in a lawsuit brought in 2005 Andrea Constand, the woman he was later convicted of sexually assaulting.

Cosby made clear in that testimony that he had no verbal consent to engage in sexual contact with the woman, and without it, he was breaking the law, the judge said.

An excerpt of what he said under questioning from Constand's lawyer in that case:

Q: So, you're not telling us that you verbally asked her for permission?

A: I didn't say it verbally, I said. The action is my hand on her midriff, which is skin. I'm not lifting any clothing up. This is, I don't remember fully what it is, but it's there and I can feel. I got her skin and it's just above the hand and it's just above where you can go under the pants.

Q: Then what happens?