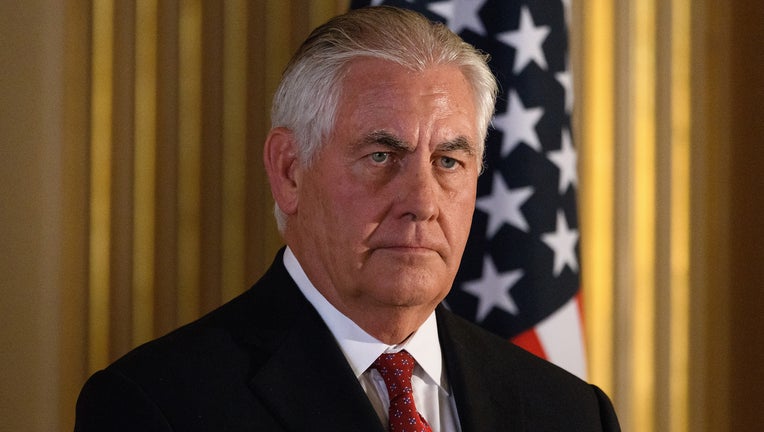 WASHINGTON (AP) - Secretary of State Rex Tillerson declared Wednesday that he never considered abandoning his job as President Donald Trump's top diplomat, disputing what he called "erroneous" reports that he was on the verge of resigning earlier this year.

Tillerson, however, didn't deny a story that he had called the president a "moron" after a contentious July 20 meeting at the Pentagon.

"We don't deal with that kind of petty nonsense," Tillerson said. "I'm just not going to be part of this effort to divide this administration."

The press-shy, former Exxon Mobil CEO addressed reporters at the State Department and fielded questions after an NBC News report appeared to throw his future into doubt.

The story said Tillerson had been on the verge of resigning this summer amid mounting policy disputes with the White House. It said the tensions came to a head around the time President Donald Trump gave a politicized speech in July to the Boy Scouts of America, an organization Tillerson once led.

Citing three anonymous officials familiar with the incident, NBC also said Tillerson referred to Trump as a "moron" after a July 20 meeting at the Pentagon with members of Trump's national security team and Cabinet officials.

Minutes before Tillerson spoke, Trump seemed to give Tillerson his backing.

"NBC news is (hash)FakeNews and more dishonest than even CNN. They are a disgrace to good reporting. No wonder their news ratings are way down!" Trump tweeted.