Trump is backing Kari Lake and will be rallying for her at the Findlay Toyota Center in Prescott Valley on July 22. The rally was postponed due to the death of Ivana Trump.

Pence, who endorsed Karrin Taylor Robson, will speak at a rally at TYR Tactical in Peoria before heading to Tucson for a rally at a U.S. Customs and Border Protection office.

In an interview with Phoenix radio station KTAR, Pence said he was impressed with Taylor Robson after they met while touring the U.S.-Mexico Border.

"I think Arizona is such a pivotal state in this country, and having strong, experienced conservative leadership to continue to incredible record of Gov. Doug Ducey, all can be done by nominating Karrin Taylor Robson," said Pence.

Lake and Robson are the GOP frontrunners for the Arizona Primary Election.

Many ballots have already been returned

According to the Maricopa County Recorder's Office, over 275,000 ballots have already been returned and counted.

The last day to request an early ballot is Friday.

Experts in Arizona politics say this primary election, voters are going to be deciding on much more than just their nominee.

Recent polls show Taylor Robson is trailing slightly behind Lake, who continues to promote the false claim that the 2020 election is stolen.

On August 2, when candidates are chosen, the answer will be there for all of us to see," said Barnes. "What is the Republican Party going to be? Is it going to be the populous Trump wave of turning the table over and change? Or is it going to the Chamber of Commerce, temperate, reasonable party that just wants to get along and keep things the way they are?"

MORE: 2022 Arizona Primary Elections: What you need to know 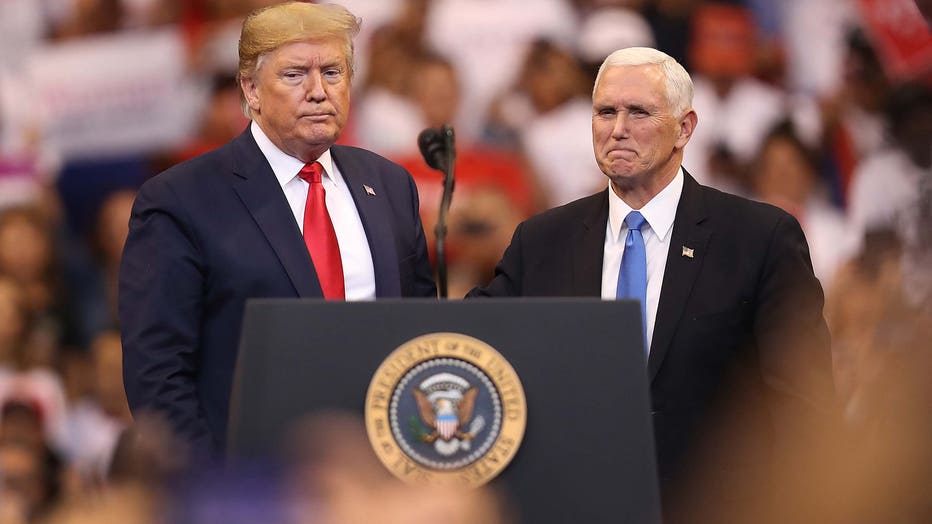