Arizona and Montana are suing to block the Biden administration’s new immigration rules that would dramatically narrow the number of illegal immigrants targeted for arrest and deportation -- arguing the policies would have devastating consequences for their states.

TUCSON, Ariz. (AP) - Local officials in Arizona say Tucson soon could be home to large tent-like facilities to house unaccompanied migrant children and families after the Border Patrol gives them court dates and releases them into the U.S.

Comments this week by officials in Yuma and Tucson come as local authorities grapple with an influx of migrants being released at the border with Mexico.

The facilities are expected to be operating by mid-April.

Migrant arrivals began spiking in recent weeks, leading Republican politicians to criticize President Joe Biden for reversing some of Donald Trump’s hardline immigration policies. Yuma Mayor Douglas Nicholls said this week that about 1,200 migrants had been released over the past month into the rural community far from larger cities with shelters where they can stay.

The new administration’s reversal on immigration policy has sparked a a partisan tug of war, with a Latino civil rights organization this week filing a federal lawsuit against Arizona Attorney General Mark Brnovich on behalf of nonprofit groups that say his efforts to block Biden’s changes are unlawful.

Department of Homeland Security Secretary Alejandro Mayorkas said Tuesday the U.S. is on track to encounter more people on the border than in the last 20 years and will add facilities in Texas and Arizona for unaccompanied migrant children and families.

Customs and Border Protection erected a similar shelter in Yuma during an even larger surge in 2019 under the Trump presidency. Catholic Community Services of Southern Arizona and volunteers in Tucson scrambled to temporarily house migrants there. 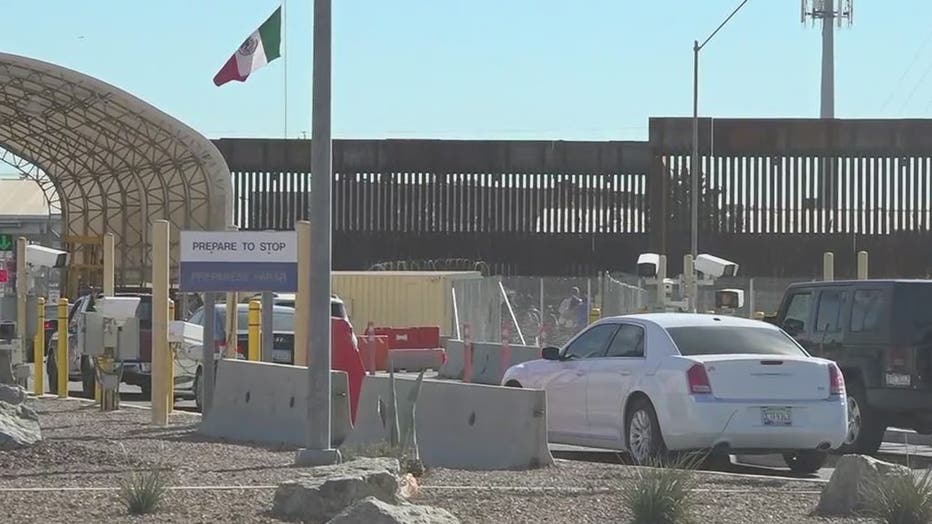 As the Biden administration starts to focus on immigration reform, it is enticing many newcomers to try and cross the border - which is causing some confusion and conflict in border towns like Yuma.

Among the biggest problems local officials and nonprofits have faced with this year’s migrant surge has been securing transportation to get the migrants to the shelters.

Migrants typically spend a few days at the shelters while they arrange to stay with family members in other parts of the U.S. while awaiting their asylum cases.

The Tucson shelter has consistently received 20 to 80 single adults and members of family groups daily for the past three months, said Casa Alitas Director Teresa Cavendish. She said no unaccompanied migrant children stay there.

Cavendish said new arrivals are tested for COVID-19 and those who are positive are quarantined, either at the shelter or in hotel rooms the city of Tucson has rented for that purpose.

The International Rescue Committee has said arrivals to its shelter are also tested and quarantined if they are positive.