Thousands of nominations were made for the JFK Profile in Courage Award for service during the pandemic, and of the seven chosen, two of them were from Arizona. FOX 10's Bailey Miller reports.

FLAGSTAFF, Ariz. - Thousands of nominations were made for the Profile in Courage Award for service during the pandemic by the John F. Kennedy Library Foundation. Only seven were chosen to be honored, and two of them are from Arizona.

"I'm super grateful for a chance to tell our story," said Lauren Leander, one of the recipients.

Leander, an intensive care unit nurse fighting on the front lines of the COVID-19 pandemic, made front page news when she took a stand against anti-mask protesters at the state capitol.

Soon after, she started to raise awareness for the Navajo Nation, raising $200,000 for much needed supplies.

"I, like so many of my coworkers, were heartbroken at seeing this community die at alarming rates and nobody was talking about it," Leander said.

Another honoree was Darrell Marks, a Native American academic advisor in Flagstaff. Through just word of mouth, he and his sons worked to get residents on the Navajo Nation the supplies they needed to survive.

Marks also made sure his students had access to the internet and food they needed to be present in school.

"A lot of it came out of our own pockets, what we were donating to people," Marks said. "When we were trying to get items out it was word of mouth. like, ‘Who do you know that needs help?’ and they would give a name, and we would contact them - we are just a family that’s willing to support." 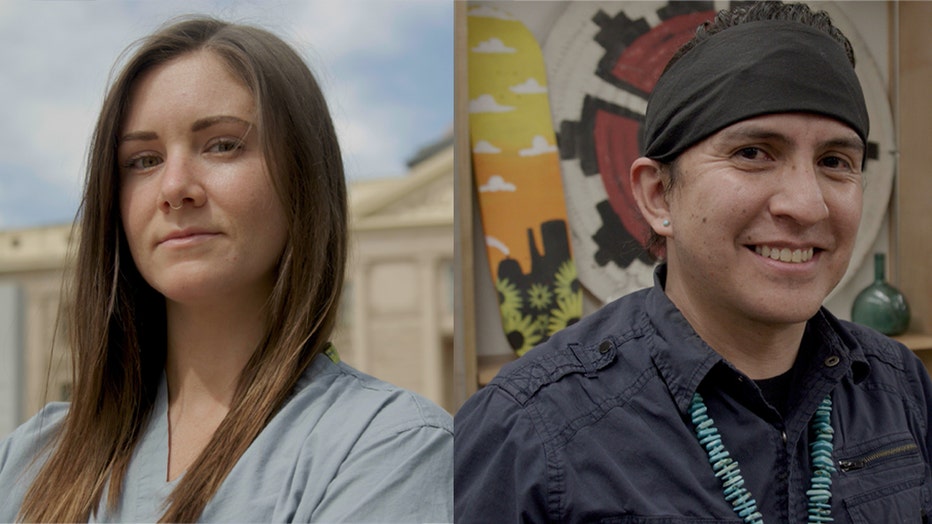 Two Arizona residents were honored for their work saving lives during the COVID-19 pandemic. Lauren Leander and Darrell Marks were chosen out of thousands of nominations to receive the Profiles in Courage award from the John F. Kennedy Library.