PHOENIX - Four men were arrested in connection to a jewelry store heist in the Valley where Phoenix Police say $100,000 worth of merchandise was taken.

Now, investigators are looking into a series of burglaries that spans three states.

Police say the heist is part of a possible trend where a group of suspects target a Sam's Club warehouse. The latest incident was captured on body camera video.

Investigators say on May 18, the suspects smashed the doors to gain entry into the store near 83rd Avenue and McDowell Road, went straight to the glass cases, smashed them open, grabbed the jewelry, then fled the scene.

"Once inside, they went directly to the jewelry counter," said Sgt. Mercedes Fortune with Phoenix Police. "They knew where they were going immediately, grabbed as much as they could and left in a vehicle."

The store was closed to customers at the time and two employees were not hurt.

Police say technology and surveillance video of the smash and grab helped them locate the suspects.

The same day, Sgt. Mercedes Fortune says officers tracked down a vehicle near 12th Street and Interstate 10 and arrested the four suspects. 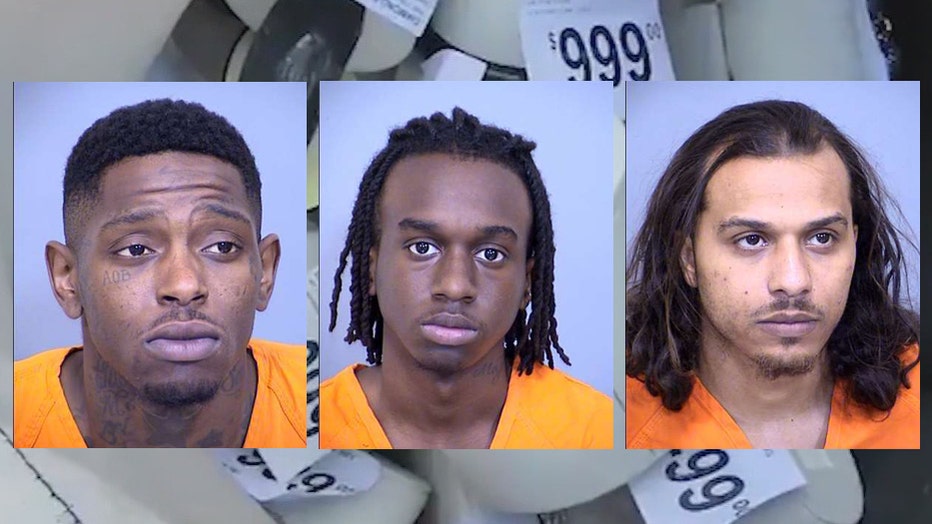 Officers recovered all of the stolen jewelry.

Officials say similar recent heists happened at other Sam's Club locations in north Phoenix, Las Vegas, and Roseville, California. Investigators are looking into whether those burglaries are all connected.

"Same business, same types of items that they were being specific on grabbing," Sgt. Fortune said. "It is immediate - get it, get out and go…It leads us to believe that this is a crew that's specific."