Two men are being sought after as police say they stole several tobacco products from a Circle K and threatened an employee with a gun.

PHOENIX - The Phoenix Police Department is asking for the public's help to find two men who stole several items from a gas station and threatened an employee with a gun.

On Saturday, Nov. 21, two men in their 20s went into a Circle K gas station around midnight near 83rd Avenue and Indian School Road. Police say the men took several tobacco products and put them into a backpack and a large blue bag.

One of the men reportedly threatened an employee saying he had a gun.

Police say the men took off in a stolen minivan that has since been found.

Anyone with information on this crime is asked to contact Silent Witness at 480-WITNESS. You may be eligible for a cash reward. 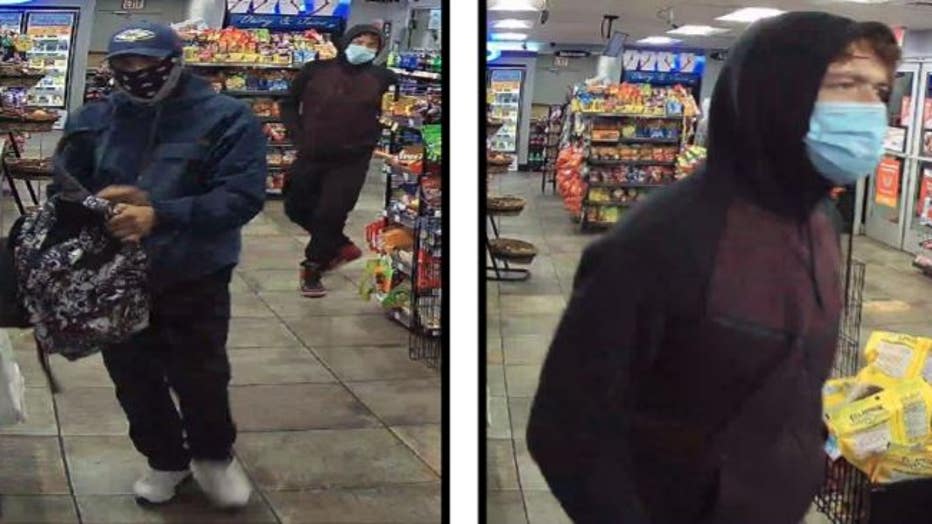