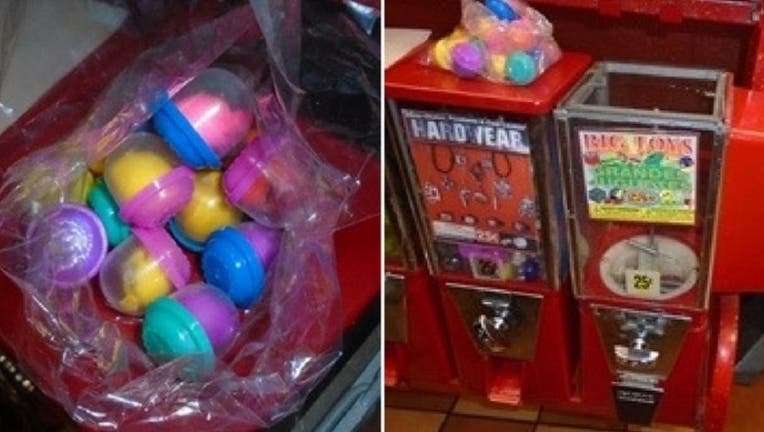 FOX 11 - We have an update on the story we told you Wednesday night about cocaine found in a small vending machine toy in Bell Gardens.

Turns out, it wasn't cocaine after all.

Bell Gardens police say a false positive test led them to the conclusion that a white powder found inside the toy was cocaine.

It stemmed from an incident Wednesday night when a boy bought a putty ball toy from a vending machine at Taqueria Los Altos in Bell Gardens.

While the kid was playing with the toy it ruptured and a white powdery substance came out.

Subsequent tests showed a resemblance to either baking powder or talcum powder.