Why avocado prices are dropping while other food prices soar

Consumers' wallets have been impacted by skyrocketing inflation in the U.S. this past year.

The latest concern is eggs, the price of which was up 138% in December from a year prior, to $4.25 a dozen, according to the Bureau of Labor Statistics.

A farm group is calling on the Federal Trade Commission (FTC) to examine the rise for signs of price gouging from top egg companies.

Various groups from regulators to farmers and industry officials have often argued in recent years about the power of top agriculture firms to set prices and drive up what consumers pay for groceries.

'SKY-HIGH' EGG PRICES: A HISTORICAL LOOK AT EGG COSTS SINCE 1980 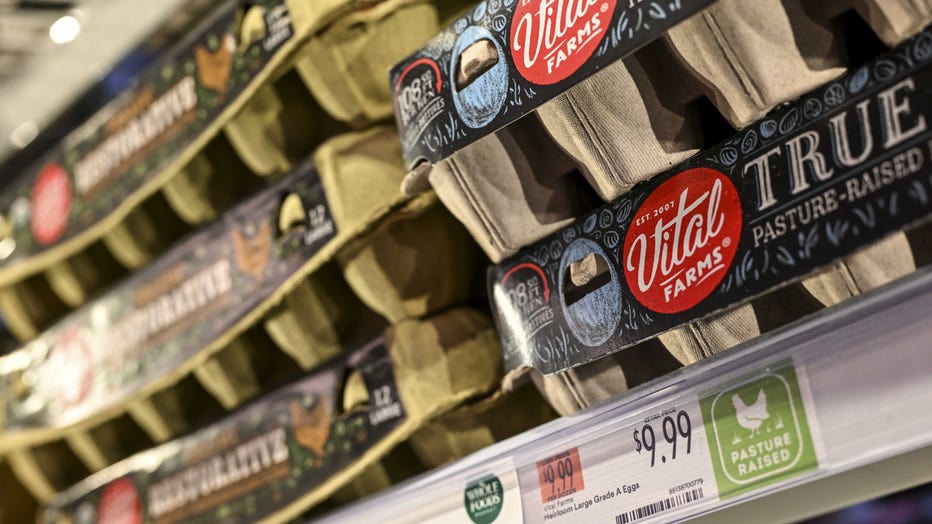 Eggs are seen at egg shelves after the reduction in productivity brought on by poultry fatalities caused by various illnesses in New York, United States on January 21, 2023. (Photo by Fatih Aktas/Anadolu Agency via Getty Images)

The nation's antitrust regulator should examine record-high profits at the top egg company, said Farm Action on Thursday in a letter to FTC chair Lina Khan.

That egg producer is Cal-Maine Foods, which controls 20% of the retail egg market.

Quarterly sales at Cal-Maine were up 110% and gross profits up more than 600% over the same quarter in the prior fiscal year, according to a regulatory filing.

The company pointed to decreased egg supply nationwide due to avian flu driving up prices as a reason for its record sales. 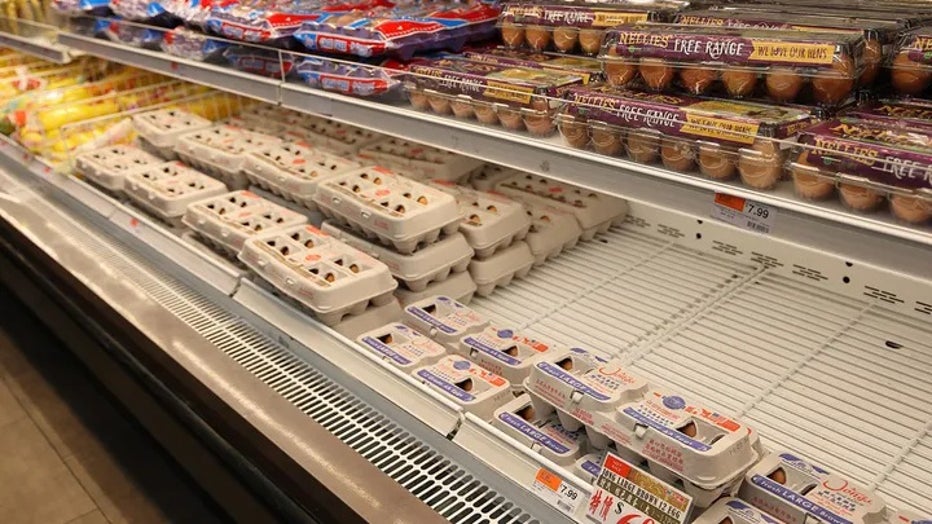 Half-empty shelves of eggs are seen at a supermarket on Jan. 8, 2023 in Los Angeles, California. (I RYU/VCG via Getty Images)

EGG PRICES RISE MORE THAN 64% IN SOME STATES

The U.S. Department of Agriculture (USDA) also pointed to a record outbreak of avian flu as a reason for the high prices.

Nearly 58 million chickens and turkeys have been killed by avian flu or to control the spread of the virus since the beginning of 2022, mostly in March and April, according to the USDA.

U.S. egg production was about 5% lower in October compared to last year, and egg inventories were down 29% in December compared to the beginning of the year, a significant drop, but one that may not explain record-high prices, said Basel Musharbash, an attorney with Farm Action. 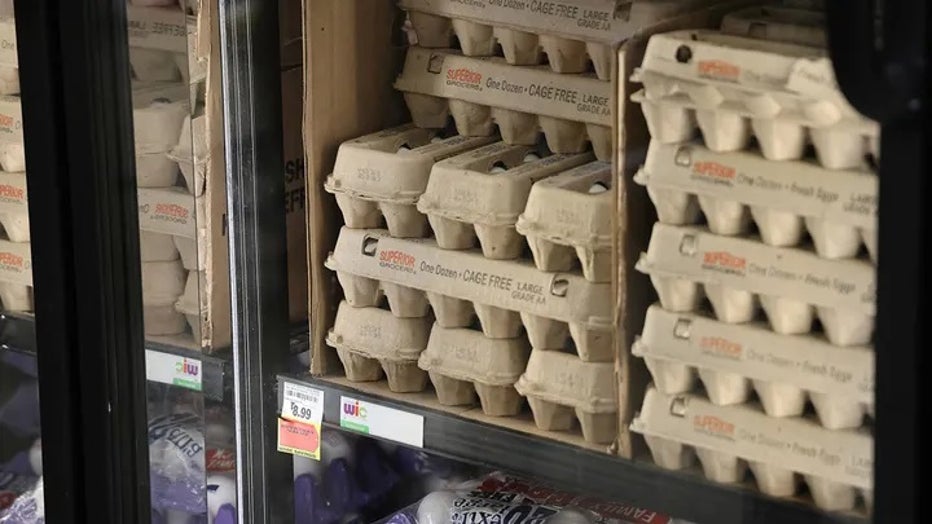 Cartons of eggs sit in a freezer at a supermarket on Jan. 8, 2023 in Los Angeles, California. (I RYU/VCG via Getty Images)

"We want the FTC to dig in and see if consumers are being price gouged," Musharbash said.

In a statement to Reuters, Cal-Maine said that higher production costs are also a factor in higher prices.

The American Egg Board, an egg marketing group, said in a statement that egg prices reflect a variety of factors and that wholesale egg prices are beginning to fall.

FOX Business has reached out to the FTC for comment.