RICHMOND, Va. (FOX 5 DC) - Virginia moved another step closer to ending capital punishment on Friday when the state House joined the Senate in voting to abolish the death penalty.

Democratic Gov. Ralph Northam supports the legislation, which would make Virginia the 23rd state to stop executing death row inmates. It's a dramatic shift for Virginia, which has put more people to death over its centuries-long history than any other state.

The bill advanced on a 57-41 vote, which followed a heated debate in the chamber a day earlier.

Democrats favoring abolishment said the death penalty is an archaic punishment in an era when many countries have already moved away from the practice, and too costly to implement, given the litigation involved. They also said it has been applied unfairly, with people of color, the mentally ill and the indigent more likely to end up on death row. 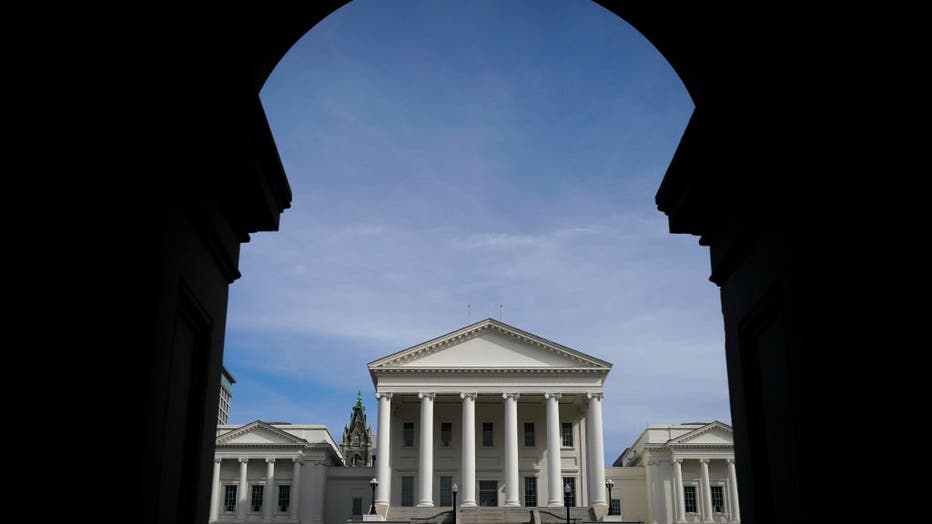 "The government should not be in the business of killing human beings. It's immoral, inhumane," Democratic Del. Marcus Simon said.

Republicans raised concerns about justice for the victims and their family members, and warned that some killers who otherwise would be on death row could end up being released on parole.

Del. Jason Miyares described the crimes committed by several of the men recently executed by the state in graphic, heartbreaking detail and argued that certain crimes are so cruel and depraved that the perpetrators deserve "the ultimate punishment."

"If there’s one word to describe what happened to these victims, it is just cruelty. Unimaginable cruelty on a scale that’s hard to even process," he said.

Each chamber's bill now moves to the other side for votes that should be perfunctory. Should the legislation become law, it will mark a substantial policy shift for Virginia, which has executed nearly 1,400 people since its days as a colony, according to the Death Penalty Information Center. In modern times, Virginia trails only Texas in the number of executions since the Supreme Court reinstated the death penalty in 1976.

When GOP lawmakers controlled the General Assembly in 2016, they advanced a measure that would have forced inmates to die by electric chair if lethal injection drugs couldn't be found.

Then-Gov. Terry McAuliffe, a Democrat and Catholic who said he personally opposed the death penalty, objected to that bill but introduced a substitute proposal to keep secret the identities of pharmacies that supply lethal-injection drugs for executions.

In 2017, prison officials revised their procedures to remove more of the execution process from public view after attorneys raised concerns about how long it took to insert intravenous lines into the body of convicted killer Ricky Gray for his execution that January.

Michael Stone, the executive director of Virginians for Alternatives to the Death Penalty, attributes the dramatic shift to a new focus on racial disparities in the criminal justice system. He credits the Black Lives Matter movement and related protests in response to the death of George Floyd last year.

"The energy behind that movement and the desire for reform really animated our effort to a significant extent," Stone said.

© 2021 The Associated Press. All rights reserved. This material may not be published, broadcast, rewritten or redistributed.