An important deadline is fast approaching for some residents in the Rio Verde Foothills area, as the City of Scottsdale is set to shut off their access to Scottsdale city water. FOX 10's Brian Webb reports.

SCOTTSDALE, Ariz. - The clock is ticking for homeowners in the Rio Verde Foothills, located north of Scottsdale, as they are set to lose their water access.

In 2021, residents in the area received a notice from the City of Scottsdale, which states that Scottsdale Water will be restricting water hauling to only residents within city limits, due to the water supply shortage on the Colorado River and the activation of Stage One of the city's drought management plan.

For years, residents there use a water hauling service that delivers water twice a month, with residents paying per gallon. There are around 2,000 properties in the Rio Verde water on the far side of Fountain Hills. Many of the properties have their own well water. However, some 500 homes rely on the Scottsdale water.

In a few weeks, the City of Scottsdale will shut off the water supply to homes in the area that rely on it.

"We’ve got one month, and I can tell you every day, my phone is ringing off the hook," said Karen Nabity. "Residents are scared, frustrated, and they’re angry that we're even in the situation."

"It’s not just numbers. It’s families," said John Hornewer with Rio Verde Water. "These are people, so honestly, I never thought it would really come to this."

Hauling water from outside sources, according to Hornewer, doesn't add up.

"Bringing in that much water from outside sources it’s logistically not possible," said Hornewer.

Some residents, like Nabity, are conserving when they can, and holding onto hope as they head into uncharted water.

"The rest of the nation better be paying attention, because a lot of people are right behind us," said Nabity.

Some residents in the area are trying to pay a private water company to haul water to the area, after they are treated at the Scottsdale plan. That, however, seems like a long shot.

Scottsdale has been providing water to the Rio Verde Foothills community, but since the city is now moving to Tier 1 of its drought plan, that water will be shut off on Jan. 1, 2023, and that has pitted neighbor against neighbor over what to do next. FOX 10's Brian Webb reports.

The community will not get to create a Domestic Water Improvement District to keep water flowing to their properties.

The Maricopa County Board of Supervisors made the decision on the morning of Aug. 31, and soon some people living in the Rio Verde Foothills community will need to find another way to get their water.

Rain may ease the state's severe drought a little, but it will do nothing to help the community of the Rio Verde Foothills.

"We get so excited when it rains," said Meredith Deangelis, a resident of the Rio Verde Foothills on Feb. 23.

Deangelis has joined with others in the foothills to find another water source for their homes. She and others were buying from the city of Scottsdale and having their underground tanks filled monthly.

Due to the drought and rationing of Colorado River water, Scottsdale will stop selling water for hauling to the Rio Verde Foothills community in 2023.

"That's what's really scary right now," she said. "Is it a long-term source of water?"

Residents are hoping to form a water district and buy water from another source and have it flow through central Arizona water pipes.

Deangelis says they love the rain but for their needs out in the foothills, it’s just a drop in the bucket.

Residents in the Rio Verde Foothills area received a notice from the City of Scottsdale, which states that Scottsdale Water will be restricting water hauling to only residents within city limits, due to the water supply shortage on the Colorado River and the activation of Stage One of the city's drought management plan.

"We were both shocked and angry, to say the least," said one resident, who did not want to be on camera.

Many residents have no plan on how they can get water, and some say they will be forced to move if they cannot get access to water.

"If we can't figure this, we lose all equity in the home and then some," said another resident. "We don't have anything left. We have no options."

Officials with the City of Scottsdale say they have been notifying residents for at least a couple of years, and that residents in the Rio Verde Foothills have until December of 2022 to receive water.

"The drought in the Southwestern United States is very real, and it is impacting citizens of Maricopa County at a very human level, and we need help," said another resident. 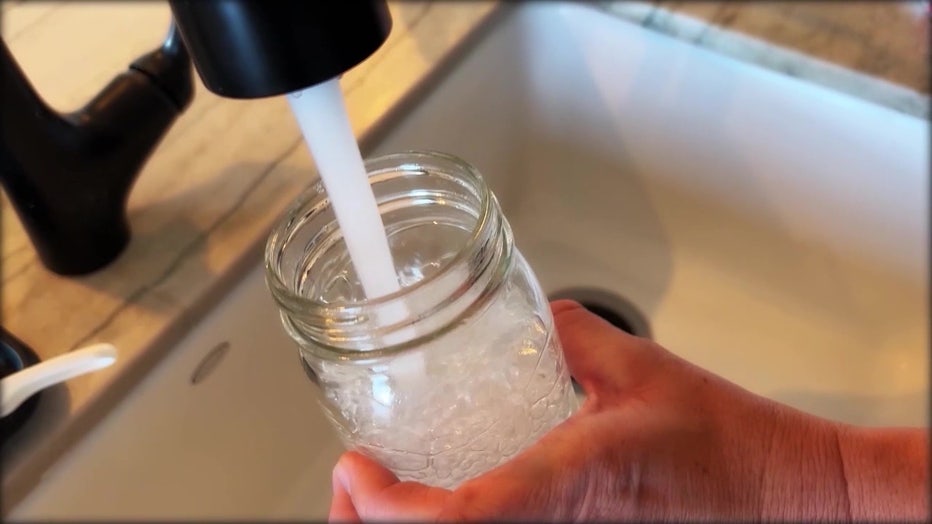