A community in the far side of Fountain Hills is about to lose a major water source from the City of Scottsdale, and efforts at creating a water district for the area have been dealt a setback. FOX 10's Brian Webb reports.

SCOTTSDALE, Ariz. - A small community in the northeast Valley will not get to create a new water district to keep water flowing to their properties.

The Maricopa County Board of Supervisors made the decision on the morning of Aug. 31, and soon some people living in the Rio Verde Foothills community will need to find another way to get their water.

Scottsdale has been providing water to the community, but since the city is now moving to Tier 1 of its drought plan, that water will be shut off on Jan. 1, 2023, and that has pitted neighbor against neighbor over what to do next.

There are around 2,000 properties in the Rio Verde water on the far side of Fountain Hills. Many of the properties have their own well water. but several hundred rely on the Scottsdale water.

When they found out the water would be turned off on Jan. 1, they scrambled for a new solution – mainly setting up their own Domestic Water Improvement District, or DWID.

"559 of us are going to be without water without the DWID, and they just turned it down.," said Karen Nabity, who is in favor of a DWID.

Not everyone was on board, for several reasons.

Some said the DWID would not represent the entire community, giving too much power to some residents over others, the unknown cost and difficulty of running the DWID, and government overreach.

"If they have extra available, we could buy it from them, but at a higher cost. That is not equitable, and that isn’t fair," said Christy Jackman, who is against a DWID.

By a unanimous vote, the Maricopa County supervisors agreed.

The board's newest member, Thomas Galvin, did a deep dive on the issue and thinks hiring a private water company is the way to go.

"Therefore I believe that a professionally run huge utility company is the best option for the Rio Verde Foothills community," he said. "Will have internal infrastructure expertise to manage the standpipe and deliver water to it. They have engineers and professionals on staff and they are administrative and operationally sound."

"We’ll see if they want to take an illegal action against this decision, today but other than that, there is no other solution that we can offer," said Nabity. 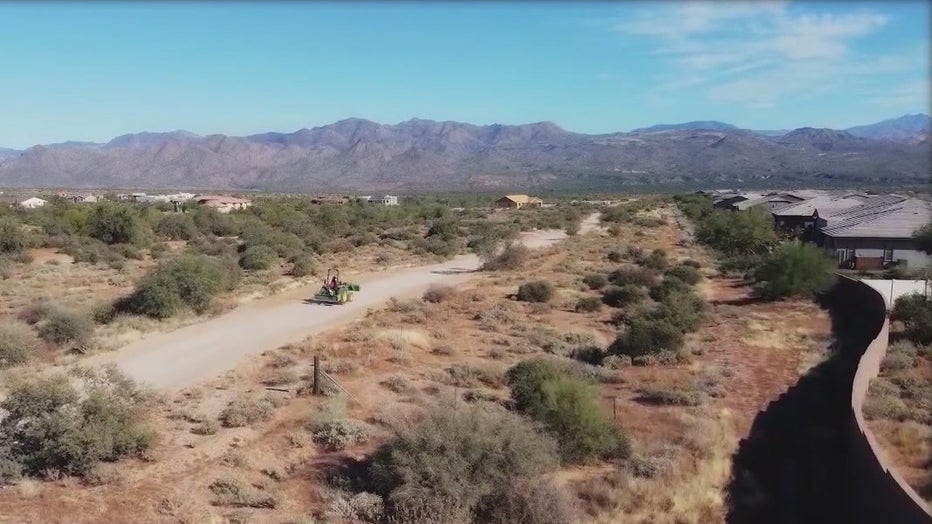 Rio Verde Foothills, a small community in the northeast Valley, will not get to create a new water district to keep water flowing to their properties.