PHOENIX - Officials with the U.S. Marshals Office say they have arrested three people who were wanted in connection with a Washington man's murder in the northwestern part of Arizona.

In a statement released on Feb. 9, officials identified the suspects as Brenda Rasmussen, Danny Jones, and Andrew Jones. Danny and Andrew were also identified as Brenda's sons.

Suspects wanted in connection with murder in northeastern Washington

"The investigation in the murder of Jerry Rasmussen revealed that Mr. Rasmussen was shot once in the head prior to being buried under a shed," read a portion of the statement. "Warrants were issued charging each suspect with rendering criminal assistance under 1stdegree murder." 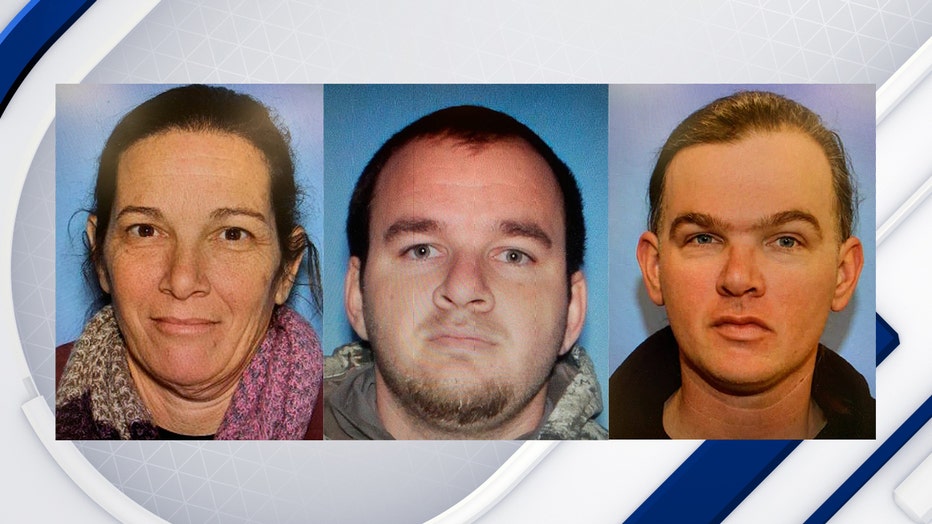 Officials say the suspects fled Washington state following the alleged murder, but in late January 2022, investigators with the U.S. Marshals received information that the three were possibly hiding in Mohave County.

"On February 7, 2022, with the assistance of the Mohave County Sheriff’s Office, Deputy U.S. Marshals and Task Force personnel served simultaneous search warrants on a place of business and a residence associated with the suspects," read a portion of the statement. "During the execution of the search warrants, Brenda Rasmussen, Danny Jones, and Andrew Jones were arrested."

The three suspects, investigators say, have been booked into the Mohave County Detention, where they are awaiting extradition to Washington state.