Woman dead in crash on I-17 in north Phoenix

PHOENIX - A woman was killed in a multi-car crash that closed Interstate 17 in north Phoenix on Monday.

The Arizona Department of Public Safety says the crash happened just after 4 a.m. on May 23 along the northbound lanes of I-17 near the Thunderbird Road off-ramp.

A Toyota Camry was disabled in the center lane when it was hit by a Tesla. The driver of the Tesla, a 49-year-old woman, got out of her car and was hit by a Honda Pilot.

The woman was pronounced dead at the scene. Her identity was not released.

After the crash, three men inside the Honda Pilot ran from the scene but were taken into custody by troopers. One of the men was hospitalized with non-life-threatening injuries.

The Camry was also hit by the Tesla in the collision that killed the woman. The driver suffered non-life-threatening injuries.

Investigators believe another vehicle may have been involved in the crash.

The northbound lanes at Cactus have been reopened.

1 dead in crash on I-17 in north Phoenix 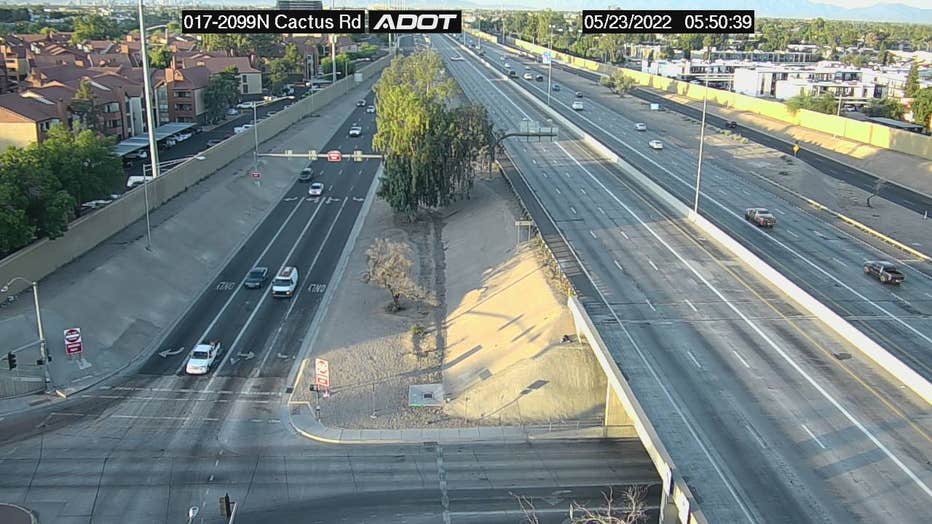 A deadly three-car crash closed Interstate 17 in north Phoenix on May 23. (Arizona Department of Transportation)